'A Tribute To Billy Arjan Singh'

An Indian Hunter turned Conservationist and an Author, Billy Arjan Singh, is amongst those who dedicated his life to the wildlife. He was the first person to put efforts into reintroducing tigers and leopards into their natural habitat. Born in Gorakhpur in 1917, Billy Arjan Singh was considered the soul of an Indian Tiger. In 1940, he was commissioned as a Second Lieutenant and was posted in the south of Iraq. After returning to India, he settled down to farming and hunting. A few years down the lane, he purchased an estate on the borders of the forestry reserve at Dudhwa and this is how 'Tiger Haven' emerged. 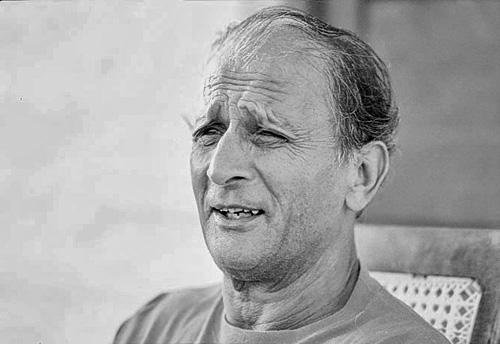 Singh described himself as a ruthless hunter during his youth years. However, after shooting a young leopard his entire perspective towards hunting took a u-turn. It was then he decided to pursue the cause of conservation. This was the start of a newly independent India for the Indian wildlife. His very first conservation project was to save a herd of Barasinghas in the Sathiana range of the forestry of Dudhwa. Billy Arjan Singh was awarded the World Wildlife's Forest Gold Medal for his conservation work. In 2004, he received Getty Award for his contribution to conserving and public awareness. He also received the Yash Bharti award as well as Padma Bhushan, the third-highest civilian award in the nation. Singh also played a major role in convincing the then Prime Minister, Shri Indira Gandhi, in transforming Dudhwa (520 sq km) into a National Park.

Criticised for helping many Shikar businesses shut down, Singh's life was a part of many controversies especially after the reintroduction of a hybrid, zoo-born tigress into Dudhwa. In 1973, he brought up an orphaned male leopard cub, Prince, which was successfully reintroduced into the jungles of Dudhwa. He subsequently raised two female orphaned leopard cubs, Harriet and Juliette, to mate with the prince. In July 1976, with the approval of the then Prime Minister, Indira Gandhi, Singh acquired a female tiger cub, Tara, from Twycross Zoo in the UK and reintroduced it into Dudhwa. In 1990, some tigers were suspected to be Bengal-Siberian tiger hybrids. Billy Arjan Singh sent hair samples to the Centre for Cellular and Molecular Biology, Hyderabad, for further clarity. Results revealed that the suspected tigers might be from a Royal Bengal female tigress. Subsequently, a sample of 71 tigers from various zoos and 2 from Duwdhwa Tiger Reserve was sent for analysis. The results unfolded subspecies of a Siberian as well as a Royal Bengal tiger. However, Tara couldn't be presumed as the source of the tiger genes.

Not many have a heart full of passion but Billy Arjan Singh surely had. His commitment to conserving wildlife will continue to inspire many people. The 'Tiger Haven Society', established in 1992, is one such dedication towards conservation of Indian Wildlife.