Ranthambore Tiger Reserve (RTR), Sawai Madhopur, Rajasthan has seen a rise in tiger population in the last eight years. Though an increase of 45% in the population of big cats is good news it has also raised the concern of danger to human habitats. These cats don’t have enough space to roam and mark their territory, leading to many of them to moving out of their boundaries and posing a threat to human life. 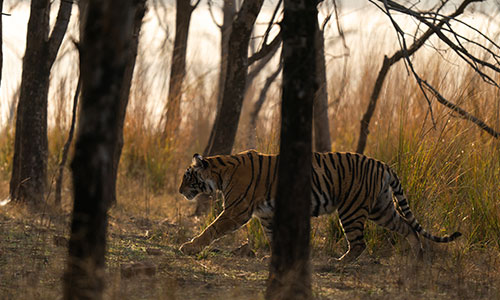 In 2014, Ranthambore National Park had 59 tigers. The number has increased to 86 currently. This is definitely a positive addition to the tourism sector in India but there are other concerning facts attached to it. The big cats exist in an area of 1,334 sq. km of the tiger reserve, thereby making it the third congested tiger habitat in India after Jim Corbett National Park, Uttarakhand & Kaziranga National Park in Assam. Tigers are definitely dominant creatures and are not very open to sharing their marked territories.

Of the total tigers, about a dozen adults in the age group of 3 to 5 years were moving in the periphery of the reserve as they do not have their marked territory, RTR field director Sedu Ram Yadav told HT.

“Dispersal of adult tigers has increased because of congestion and these dozen tigers are a concern for us as they don’t have a territory,” Yadav said.

“Most of such big cats are in periphery area as they have been pushed out by stronger tigers. The concern is not just that these tigers are moving in the periphery but if they disperse outside during monsoon, it will bring them in contact with human settlements,” he added.

Directions have been given to ensure 24x7 monitoring of these tigers and to install camera traps on their movements, he said.

The challenge of area crunch with an increasing tiger population is not new for RTR. “The tiger population is rising in the reserve, which needs space. We have been suggesting relocation of some tigers to other reserves,” said a senior forest official, requesting anonymity. 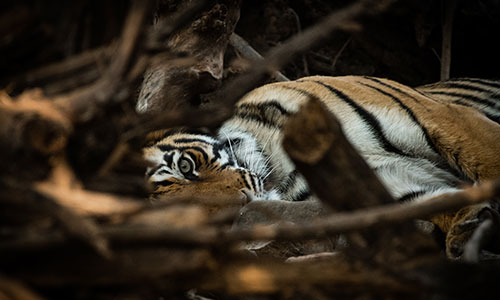 “Tiger wandering on the periphery of the reserve is a concern as they could be poached, human-animal conflict also cannot be ruled out. Or they can even drift outside and go missing like 13 others as reported,” said Sunayan Sharma, retired IFS officer. “Only solution is a creation of effective corridors and liberally relocation in other deficit reserves on war-footing.”

The roaming of tigers in proximity to the human habitat is a threat to both the big cats and humans. A report revealed that the survival rate of tiger cubs has declined to 30% since 2018. In 2018, four tiger cubs were born and all of them survived while only three survived out of 11 tiger cubs born in 2022. The matter is definitely a crucial one and should be confronted as soon as possible. Ranthambore has seen a high tourism rate and there exists a need to protect such vital species without putting a danger to human living.