Commencement of the winter migration of birds in India

Over 400 kinds of birds gather throughout the Indian subcontinent as billions of birds take to the skies for migration, one of Nature's greatest spectacles. Where are they visible? 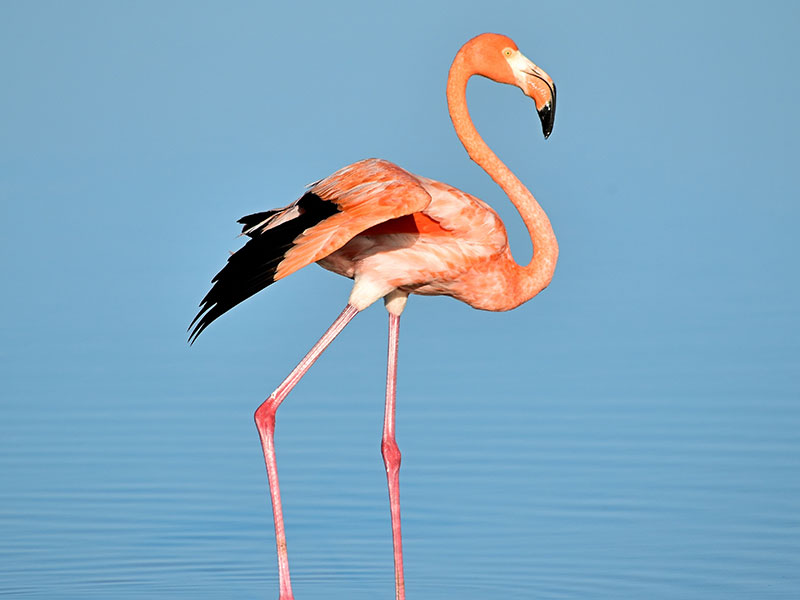 Photo by Alejandro Contreras on Unsplash

FAQ 1: Where to find flamingo birds in India?

FAQ 2:  What are the common birds found in India?

In a first, bird watchers from all across the nation gathered at Bhuj in Gujarat's Kutch district last month. They recorded eight species that arrived in Gujarat after exhausting travels from Central Asia and Europe: The European roller, red-backed and red-tailed shrike spotted flycatcher, rufous-tailed scrub-robin, greater white throat, common cuckoo, and blue-cheeked bee-eater.

According to P Jagannathan of the Tamil Birders Network, a participant in the survey, "These birds, known as passage migrants, take a brief break to rest and rejuvenate in western India before crossing the Indian Ocean to reach their wintering grounds in Africa," adding that one can catch a glimpse of them in western India.

At this time of year, over 400 species of migratory birds are said to travel to India annually, signalling the start of migration. During their voyage, they go along nine flyways, including the Central Asian Flyway, which passes through 30 countries in addition to India. Scientist at Bird Count India, which promotes the cataloguing and monitoring of birds across India, Ashvin Viswanathan, who is headquartered in Bengaluru, says, "It's an exciting time as a number of extremely beautiful birds travel through India and many stay here for the winter." 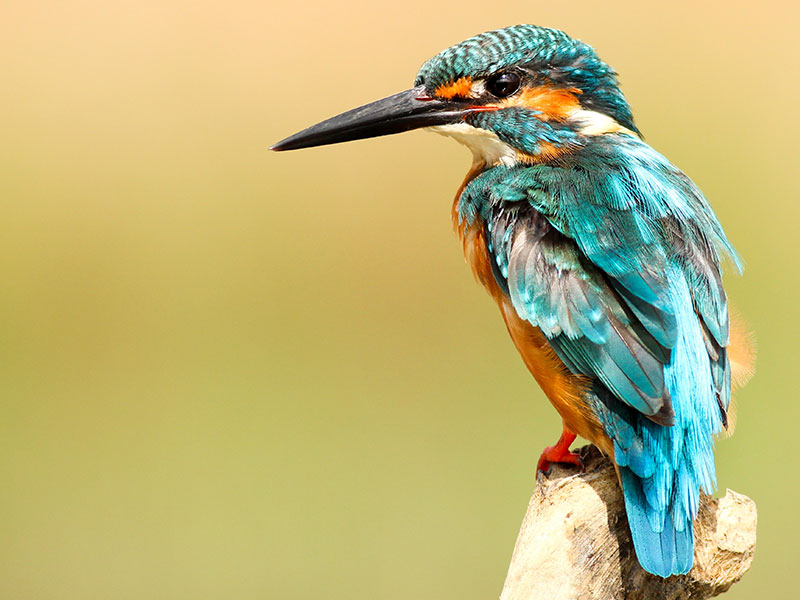 Photo by Boris Smokrovic on Unsplash

FAQ 1: Which is the largest bird sanctuary in India?

FAQ 2: Where to find Siberian cranes in India?

The greenish warbler travelled hundreds of miles from the Central Asian mountains to Bengaluru two weeks ago. "The breeding Ashy Drongos from the Himalayas have begun to arrive. Next week, I'm hoping to see flycatchers, Ashvin continues.

Water birds are among the first to arrive in Chennai and can be seen in the areas of Pullicat, Kelambakkam, and the Sholinganallur marsh.

According to Aravind AM, a birder from Chennai who posts videos of bird behaviour on his YouTube account Neenglaum Aagalaam Birdwatcher, "We encounter a variety of migratory birds in diverse settings." Waders are a group of numerous little birds of all sizes that can be found near the edge of wetlands; many of them come to visit us. Wood sandpipers and common sandpipers are among the sandpipers that come very early.

Species including the yellow wagtail, citrine wagtail, and white wagtail are also found in Chennai and may be observed at the Perumbakkam Marsh, Sholinganallur Marsh, and Pallikaranai Marsh near Mohamed Sathak College (Marshland Park and Radial Road). 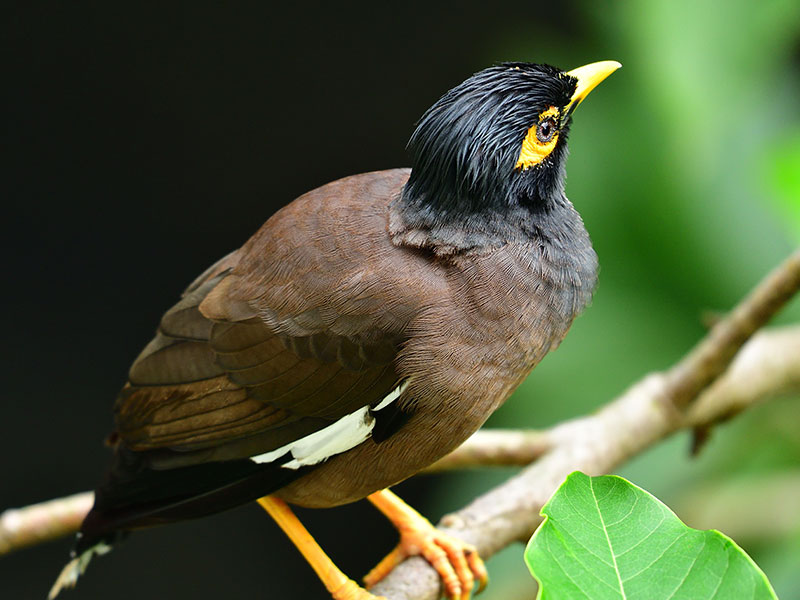 Photo by Sreenivas on Unsplash

Even in urban gardens, shrubs are home to dull-brown, slightly smaller than common mynas migratory warblers. "If you hear a crisp 'check check' call in your yard right now, it could be a Blyth's reed-warbler," advises Aravind, who also mentions that a variety of flycatcher species, including the charming Indian Paradise flycatcher and the Asian brown flycatcher, visit Chennai.

Shorebirds in Delhi have been sighted in the NCR and places close to Sultanpur National Park, including the Indian blue robin, common ringed plover, forest wagtail, and bar-tailed godwit.

"These birds are moving from Jammu and Kashmir, where they spend the summer, to Kerala. This year, we are observing an early movement, probably as a result of early winters in Europe, claims Col. Pankaj Sharma (Retd), the administrator of the 2.7 lakh-member Indian Birds Facebook page.

Scientists are watching birds' incredible migrations using high-tech methods like bird ringing, radio tracking, GPS tracking, and satellite telemetry as they travel over historic pathways. A pallid harrier, a raptor, was recently satellite-tagged, and its movement was tracked. The bird flew up to Russia after travelling 6,000 kilometres.

Since the 1920s, organisations like the Bombay Natural History Society (BNHS), led by the late Dr Salim Ali, often known as the Birdman of India, have been at the forefront of investigating bird migration.

This year, BNHS used a GPS device to follow the flight path of Bala, the black-tailed godwit named after a famous specialist on bird migration S Balachandran. 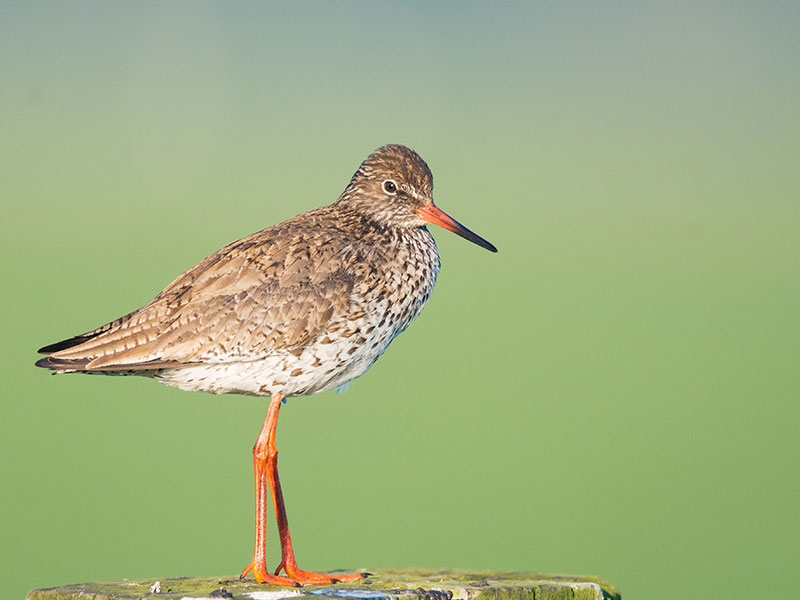 The bird flew from Mumbai to South-Western Siberia in April, travelling 5,000 kilometres over 47 days. It returned five months later after a five-day voyage that spanned 4,200 kilometres. "This demonstrates the birds' location loyalty" (returning to the same site that they are used to). According to S Sivakumar, a scientist at BNHS, we may utilise the data to learn more about the routes, stoppage places, and countries it has visited and develop an action plan for conservation.

"In the past, birdwatching groups in Central Asia or European nations recovered and reported ringed birds from Bharatpur, Point Calimere, or Chilika. Similar reports of birds coming from Siberia or the Arctic were made. According to Ramesh Kumar of the BNHS, the majority of shorebirds that breed in the Arctic migrate to tropical nations like India, Sri Lanka, and the Maldives, as well as up into Africa.

Sivakumar adds that contributions to e-bird forums, in particular, have played a significant and essential role in citizen science forums. During the annual migration, 45 species of shore birds, including the black-tailed godwit, ducks, geese, and flamingoes, come to India from July onwards, according to S Balachandran, scientist and deputy director of BNHS at Kanyakumari who has spent four decades documenting shore birds at Rameswaram, Odisha, Himachal Pradesh, Pulicat in Andhra, Manipur, and West Bengal. "Shorebirds migrate from the Arctic over great distances. At the Kodikkarai Sanctuary, you can discover little stints in lakhs from October to March.

The burst of bird activity is anticipated by birders like Angeline Mano, a nature educator with the Salem Ornithological Foundation. She intends to study up to 300 wetlands in Salem as well as a portion of the Eastern Ghats. 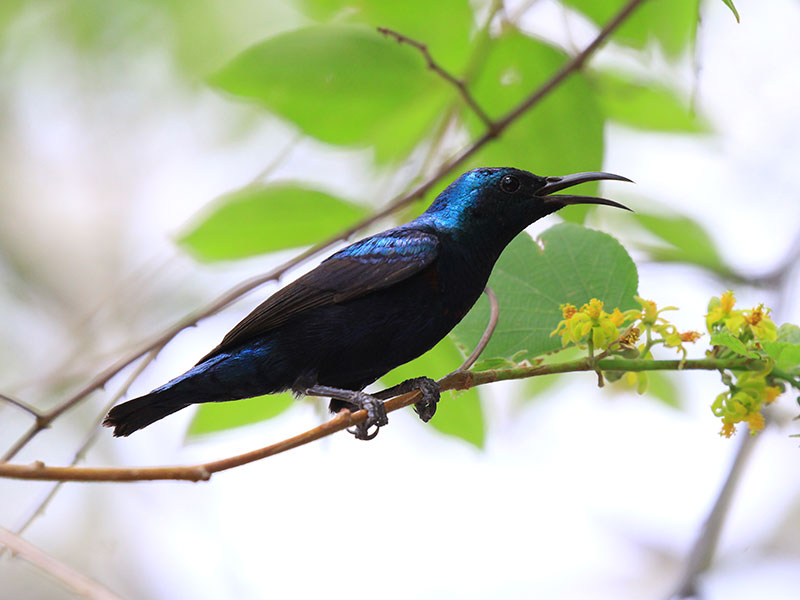 "We observed one common sandpiper at Stanley Reservoir in Salem and four grey wagtails at Yercaud, indicating the arrival of the first two winter visitors. Rather than breeding here, migratory birds come for food and to avoid the bitter winters. We raise awareness about these issues.

The arrival of grey wagtails, a migratory bird from the Himalayas, is celebrated in Valparai, a hill station in the Anamalai mountain ranges of the Western Ghats in Tamil Nadu, with the distribution of sweets and the display of information boards on the thin, grey bird. According to birder and teacher K Selvaganesh, "The bird has kept its date with Valparai for the past seven years, an indicator of a vibrant, healthy environment here."