Explore the world of exotic and rare found animals from Masai Mara National reserve to Jim Corbett National Park. Visit the top 5 world safaris to experience nature and its wildlife adventures that await you.

The enthusiasm for wildlife safaris has been on the rise over the last decade across the globe, whether you are in African jungles exploring the best safari in Africa or wandering into the tropical forests of Corbett Tiger Safari. The world is full of such seamless and extraordinary wildlife expeditions that are worth a visit for a "wildlife explorer" spirit in you, eagerly waiting to get voyaged.

This blog covers the top 3 best safari in the world, where every hour is full of overwhelming thrill and excitement, howling like a beast. The wildlife parks that are going to be covered in this blog are,

Furthermore, we have also covered a complete account of commonly asked questions such as the correct location of the park, the top animals to spot, when or how to reach the park, and how expensive the trip can be. Read the blog till the end for a thorough guide to visiting the best wildlife safari in the world. 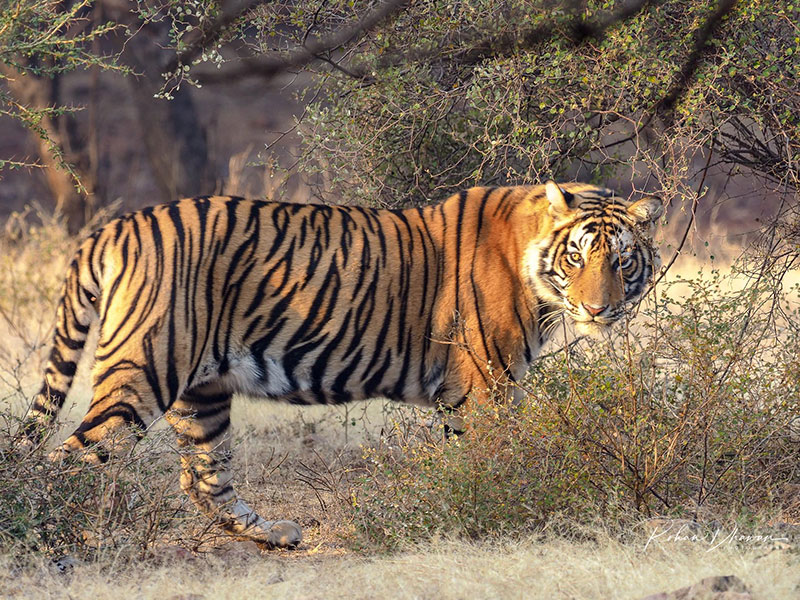 The paradise of Indian Wildlife is often associated with leisurely and dense forests on northern grounds. Jim Corbett National Park is one of the country's oldest and biggest national parks. The abundance of Bengal Tigers and rich biosphere is an experience of a lifetime. Corbett National Park, a part of the larger Corbett Tiger Reserve, a Project Tiger Reserve, lies in the Nainital district of Uttarakhand. The magical landscape of Corbett is well known and fabled for its tiger richness. Established in 1936 as Hailey National Park, Corbett has the glory of being India's oldest and most prestigious National Park.

Where is the Jim Corbett National Park located?

The reserve is near the foothills of the Himalayas. It exhibits sub-Himalayan ecological characteristics, such as dense, moist deciduous forest, mainly consisting of sal, haldu, peepal, Rohini, and mango trees. Forest covers almost 73% of the park, while 10% of the area consists of grasslands. It houses around 110 tree species, 50 species of mammals, 580 bird species, and 25 reptile species. (Wikipedia)

Corbett Tiger Reserve is famous inherently for inhabitants like Bengal Tiger, Serpent Eagle, Leopards, Indian Elephants, and Indian Pythons. Almost all the major animal species cohabited in the park. Although the Royal Bengal tigers reside in great numbers, they are not easily spotted due to the abundance of camouflage in the reserve. The thick jungle, the Ramganga river, and plentiful prey make this reserve an ideal habitat for tigers, who are opportunistic feeders and prey upon a range of animals. Other prominent animals that anyone shall spot are Leopards, Barking Deer, Sambhar Deer, Chital, Sloth, Himalayan Black Bears, Indian Grey mongoose, and langurs.

One can also reach Dehradun by road if you prefer a personal vehicle, which is a favourable option for domestic travellers. Then there is a train for people from different parts of the country.

How much would it cost to visit Jim Corbett National Park?

For entry, the Jim Corbett National Park ticket price for Indians is Rs. 200. Meanwhile, for foreigners, it is Rs. 1000 per person for four hrs. Tourists may enjoy a vehicle ride that costs Rs. 500 to 1500, depending on the kind of vehicle one hires. While charges for Elephant Safari cost around Rs. 3000. Jeep Safari in Jim Corbett National Park costs INR 4499, Inclusive Permit, 4X4 Jeep & Taxes. 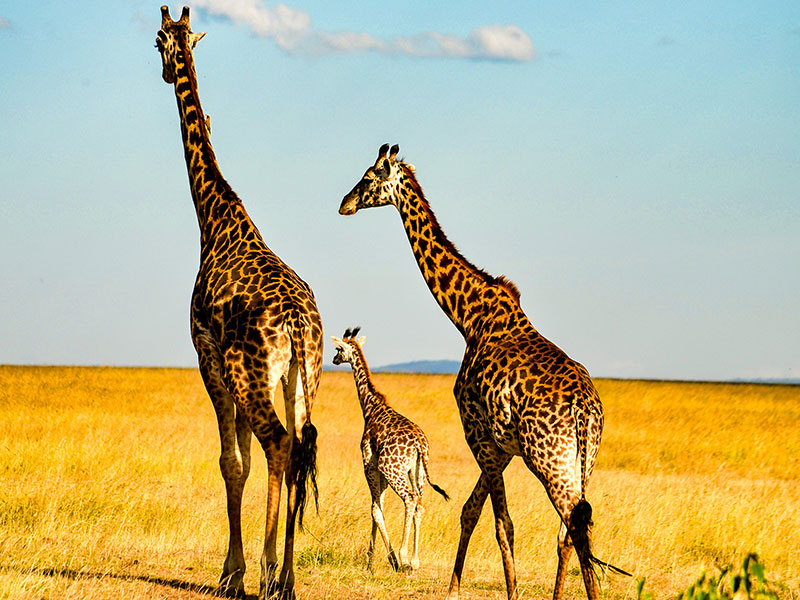 Masai Mara national reserve is the best African wildlife safari ever. The endless moors, great migrations, and epic African wildlife safari make it an experience of a lifetime, where the natural hues of flora and fauna elevate your expertise to ecstasy. Masai Mara wildlife safari park is a large Game Reserve located in Narok, Kenya, expanding into the Serengeti National Park in Tanzania. The name 'Masai' comes from ancestral tribes of the area, which means 'spotted.'

The abundance of Lion, African Leopard, Cheetah, and African Bush Elephant in the National Park has made it a world-famous wildlife expedition. Other than these attractions, it also hosts "The Great Migration," which is included in the seven natural wonders of Africa.

It was initially established in 1961 as a wildlife sanctuary. The Narok County Council (NCC) took over management of the reserve at this time, and part of the reserve was given National Reserve status in 1974. The remaining area was returned to local communities.

Where is the Masai Mara National Park located?

Masai Mara National Park is a large game reserve located in Narok, which is in Kenya. It is the largest and most important wildlife reserve on the African continent. The terrain of the account is primarily open grassland with seasonal river lets, and in the southeast region are clumps of the distinctive acacia tree. Wildlife tends to be most abundant here, as the large whereabouts of swampy ground always pertain that access to water is always good. At the same time, tourists visit this area very often. 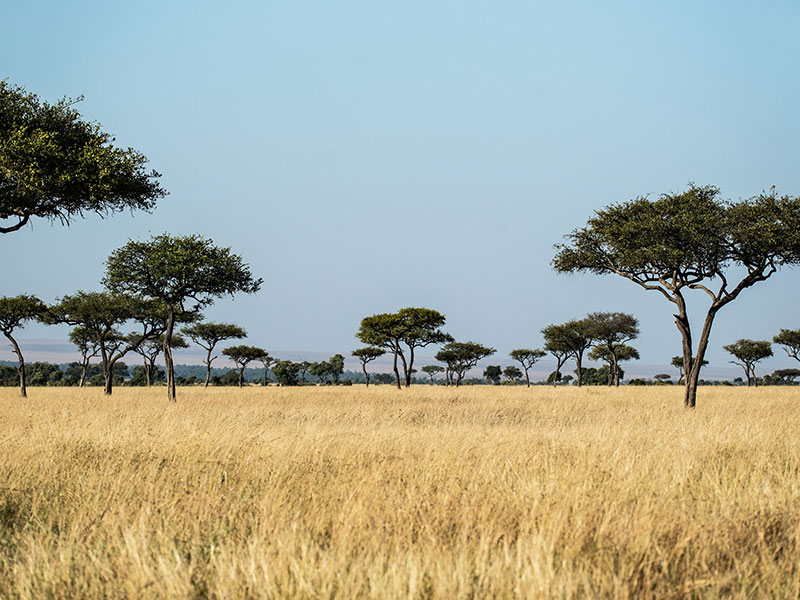 (Photo by David Clode on Unsplash)

The wildlife at Masai Mara is flourishing and abundant with natural resources. Hence, the ecosystem cycle lets all the species live in harmony. The animals you can spot in the Masai Mara National Park are Zebra, Topi, Thomson's Gazelle, and Wildebeest, as they migrate and occupy the reserve during the Great Migration, from Serengeti plains to the south of pastoral ranches from July to October. Other than these, the major tourist attraction is the Big 5 African species, which are Leopard, Lion, Elephant, Cape Buffalo, and white and black south-central Rhinoceros. These species are found throughout the year.

The easiest and most comfortable way to reach Masai Mara National Park, Kenya, from India is by direct flying from Mumbai to Nairobi. There are daily flights departing from Mumbai, India, in the morning and arriving in Nairobi, Kenya, by 11 am. This way, you have enough time to dedicate to the safari experience.

After landing in Nairobi, you can either take a cab or an outstation taxi directly to the Masai Mara, or you can take a direct flight. The wildlife reserve is a 4.5-hour drive from the airport, so we suggest you stay in Nairobi for the night and then head towards Mara. There are some daily flights from Nairobi to Mara; Air Kenya and Safari Link have two daily flights. Wilson airport and Jomo Kenyatta airport are the nearest to Masai Mara air stripe.

How much would it cost to visit Masai Mara National Park?

The cost of travelling to Masai Mara differs significantly from the pleasures and comfort you want during the trip. Even if you want a budget trip to the park, you must at least expect an expense of 1.2 lakh. This includes all your transportation, accommodation, meals, National Park entry fee, and Safari charges. You can go through this trip with an agent, where you don't have to do anything but sit around and explore. The other way is to plan this trip yourself, where you get all the experience and ample time to dig in less budget. 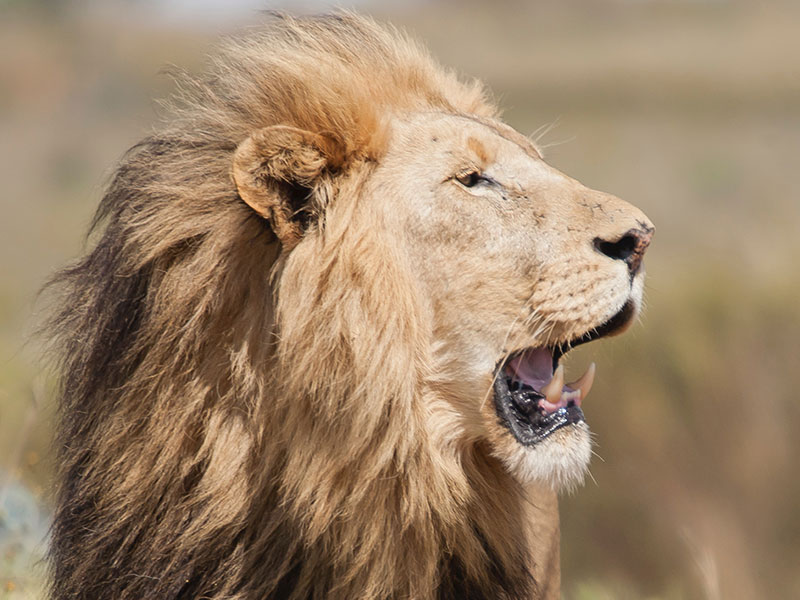 (Photo by Charl Durand on Unsplash)

Where is the Kruger National Park located?

The Kruger National Park is located on the far northeastern side of Africa, mainly stretched in the eastern parts of Limpopo and Mpumalanga provinces, where Phalaborwa town is the only settlement that touches the boundary of the park.

The reserve has now become part of Great Limpopo Transfrontier Park. This peace park links Kruger National Park with the Gonarezhou National Park in Zimbabwe and the Limpopo National Park in Mozambique. The park is part of the Kruger to Canyons Biosphere, designated by the United Nations Educational, Scientific and Cultural Organization (UNESCO) as an International Man and Biosphere Reserve. (Wikipedia)

Top Wildlife animals to spot in the Kruger National Park

The park's biodiversity is quite significant and ranges from Mammals, reptiles, amphibians, and Birds. Kruger Wildlife reserve, one of the largest game reserves, accommodates all big five animal species and is home to more than 147 mammal species, the highest in South Africa. Other than these, you shall focus on spotting the wild Elephants, which are around 8000 in number, decreased since 2009. The Wildebeest and Giraffe remain common during the safari, where the African Wild Dog is also the animal of attraction. As much as tourists love to spot mammals, Birds are equally exotic and beautiful. Some common species of birds you shall see are Harlequin Quails, White-backed Vulture, Kori Bustard, African openbill, Crested Guineafowl, and Pel's Fishing owl.

How to reach Kruger National Park?

Reaching Kruger National Park is not that difficult, especially if you are a wildlife fanatic. To go to Kruger, you need to book a flight straight to Johannesburg, South Africa, and then take a taxi or book another flight directly to the Kruger National Park; Mpumalanga International Airport is situated in Nelspruit and is around 40 kilometres away from the nearest gate. 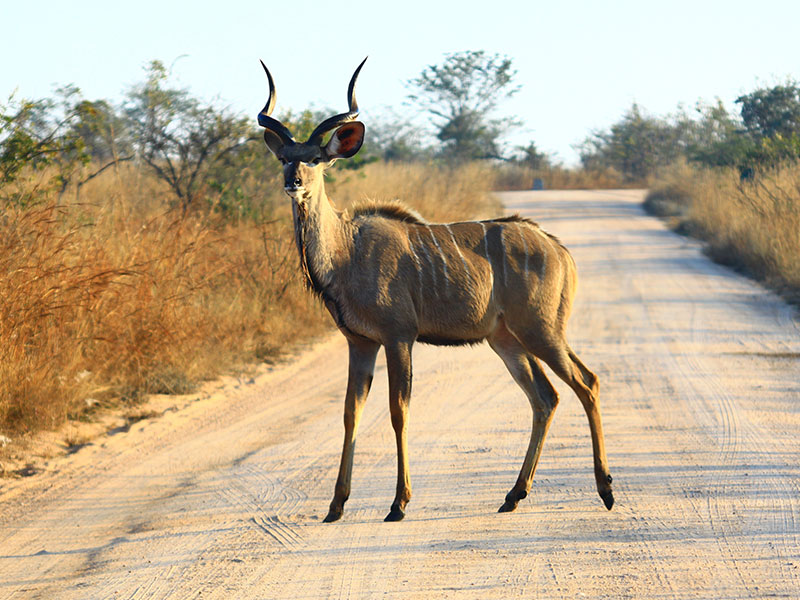 (Photo by Fa Trinca on Unsplash)

How much would it cost to visit The Kruger National Park?

The cost of visiting a Wildlife is never cheap, as it comes with its own experience and thrill that most people find in expensive locations like Europe. The entrance cost at the main gate is $27 for foreign nationals. A three-day basic package will cost about USD 400, while a full-blown safari, with all the perks, can cost up to USD 7,900.