List of top National Parks in India to visit in Winters

India is a country with wide patches of green spread across various parts and one should not miss out on an opportunity to discover some amazing wildlife havens during the winter season. The onset of winters enriches the overall experience, thereby welcoming travellers to capture some of the best wildlife experiences. We present to you a list of the best ‘Winter National Parks of India’ that can be discovered bit by bit.

Established in the year 1981, Satpura National Park is one of the most thrilling national parks in Madhya Pradesh. The dense jungle, lakes, ponds, landscapes, the air, everything is different from the rest of the parks. There are many reasons that add up to Satpura being a totally different retreat for any traveller. One major reason behind Satpura's beauty is being a less commercial park. The patchy network makes contributes to containing the raw enchantness of the park. If asked a question on the speciality of the park, the answer would be a wide range of birds, sloth bears, gaur, tigers, blackbuck, and more fauna species. A Travel is incomplete without a stay out of the ordinary. There are a few amazing places to stay at Satpura National Park. Forsyth Jungle Lodge, Bori Safari Lodge, and Reni-Pani Jungle Lodge is no exception. These breathtaking properties are marked as the best resorts of Satpura National Park. 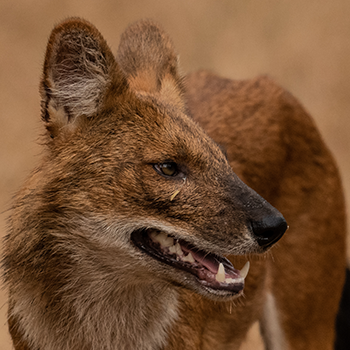 Popular from history, Kanha National Park is the first national park to work for Project Tiger. It is believed that the park got its name from the texture of the soil found here, locally called Kanhar. The park was established in the year 1933 and covers an area of 2059.7 sq km. The Gonds and the Baigas are the two major tribal communities inhabiting the periphery of the park. In the 19th century, Kanha National Park was originally part of the Land of Gonds (Gondwana). Apart from making a major mark in the history of Project Tiger, the park also fetched global popularity with the introduction of the Jungle Book by Rudyard Kipling. The natural landscapes and beauty of Kanha have earned the title of one of the best wildlife destinations in India. The national park also hosts one of the best resorts in MP. From camps to lodges, Kanha National Park is always ready to serve tourists with the best. Some amazing luxury hotels in Kanha are Kanha Earth Lodge, Kanha Jungle Camp, Flame of the Forest Safari Lodge, Bagh Villas Jungle Camp and Spa, and Kanha Jungle Lodge. 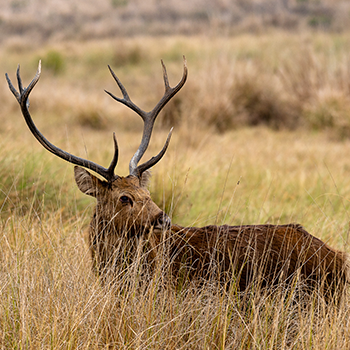 Every national park in Madhya Pradesh has something unique attached to it. Similarly, Panna National Park will introduce you to myriad fauna species in one place. The park somehow has always been in limelight for ages. Back in 2009, Panna experienced a major loss in fauna due to poaching. With the collaboration of the World Wide Fund (WWF) and other neighbouring parks, Panna National Park was seen getting back on track. The park is stretched in an area of 1645 sq km with a core zone limited to 542 sq km. Famous for the giant beasts, the Royal Bengal Tigers, the park hosts other animal species also such as leopards, hyenas, jackals, swamp deers, Gharials, and more. It also accommodates more than 200 bird species. ‘Walk with the Pardhi’ is an initiative by the wilderness project that gives a lifetime experience like no other. The people from the Pardhi (A tribal community) community will escort you to the jungles of Panna for safari. Born and brought up in the jungles of Panna, these people are skilled in hunting, reading animal marks and other jungle calls. 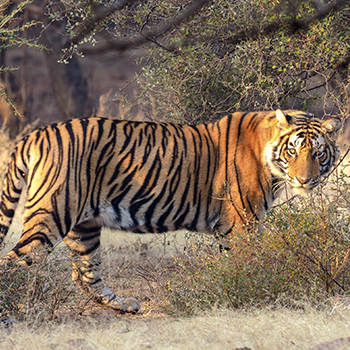 If you wish to see the magnificence of a tiger, Bandhavgarh National Park is the place. It is one of the best parks for tiger sightings in India. Located in the Umaria district of Central India, the park has the highest density of tiger population in the country. One noted reason behind MP Tourism gaining popularity is its national parks. Bandhavgarh Tiger Reserve is one such beauty. It is the only park where conservationists can actually relax. Spread in an area of around 105 sq km, the park welcomes many tourists annually. Surely, not the largest but the most popular national parks of central India, Bandhavgarh Tiger Reserve offers immense tiger sighting opportunities. The wilderness here helps in unplugging from the daily stress of life. What more can be asked with an amazing jungle safari? A place to call home, right? Bandhavgarh National Park caters for tourists with all-in-one luxury. Bandhavgarh Jungle Lodge and King’s Lodge are some of the best resorts in Bandhavgarh that can be explored. 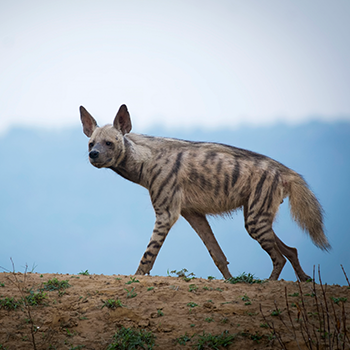 Madhya Pradesh was once known as the ‘Lands of Robbers and Unexplored Treasures’ and now is home to around 12 per cent of India’s forest cover. Approximately 30 per cent of the land is covered with dense jungles, suitable for a large population of animal and bird species to thrive. National Parks in Madhya Pradesh offers a mixture of wildlife, adventure, history and landscape. Unsurprisingly, thousands of travellers visit these parks and enjoy their time of the year. If you are not sure about your next vacation destination, let us help you find and plan one.