Ranging from Bengal Tiger to Snow leopard of Ladakh, India is home to more than 80% of big cat species of the World. These cat species are divided by regions and majorly include Leopards, Bengal Tigers, Asiatic Lions, Snow Leopards, and Indo-Chinese Tiger. 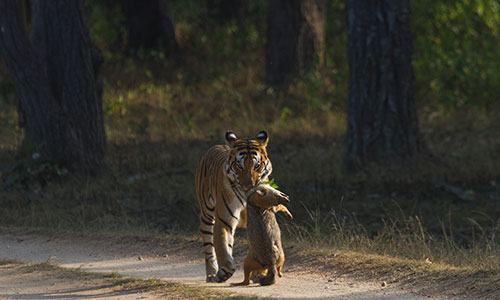 India is a country of vivid landscapes, forests, mountains, and Animals where lakhs of tourists come throughout the year to witness the incredible ways of the Indian subcontinent. Earlier, outsiders came to India in search of Indigo and spices but today they come for witnessing the magnificent wildlife of India. Indian wildlife is famous across the globe for its abundance of Wild cat species, ranging from Bengal Tiger to Snow Leopards of Ladakh. These wild cat species are distributed across India, in different reserve facilities controlled by the Indian government, which is responsible for their habitat and well-being. This blog covers all the Big Cat species of Indian wildlife.

What Wild Cats are Found in India?

There are precisely 5 big Indian wild cats and 6 other wild cats which are found in different states of India.

Famous by the name Bengal tiger and common by the name ‘Panthera Tigris’, is the fiercest big cat of India, the Royal Bengal Tiger, found in the north-eastern, western, and southern regions of Indian forests. The Bengal tiger is also the national animal of India. Tigers are one of the most mesmerizing species in the wild to spot as they have unique and bold features. Their body is covered with black stripes on golden fur, which makes them hard to figure out and makes them invincible prey hunter.

Bengal tigers are instinctively territorial cats and most of the time they rest in their caves, bamboo thickets or water holes in the wild. Their common hunt is sambhar deer, wild boar, farm animals and spotted deer. Every female tiger can give birth to an average of 3-4 cubs and they separate from their mother after 18 months of living together, to mark their own territory. 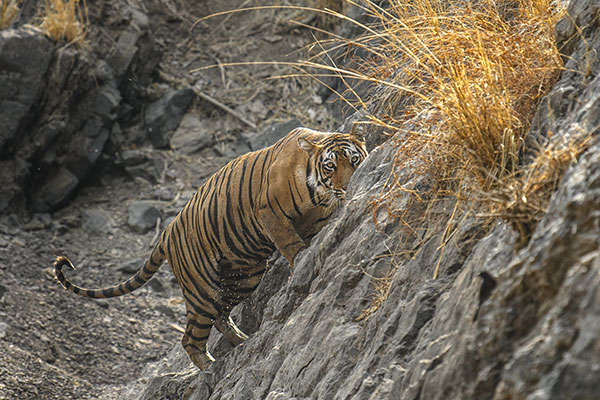 You can spot the Bengal Tigers abundantly in Bandhavgarh, Tadoba, Pench, Ranthambore and Kanha National Park.

Asiatic lions are very few and are only found in the Indian state of Gujarat in the Gir region. Famous by the name of King of Jungle, from the tales of Mowgli, they have a distinct quality of dominancy and diplomacy in the wild. Their current population only remains around 670. Asiatic lions are shy in nature and have a longitudinal fold of skin which runs along their belly, also their bush of golden hair, which looks like a crown.

They hunt wild deer, sambhar deer, wild pigs, and other farm animals. Currently, they are facing a major threat that is genetic inbreeding that is arising due to a single population. 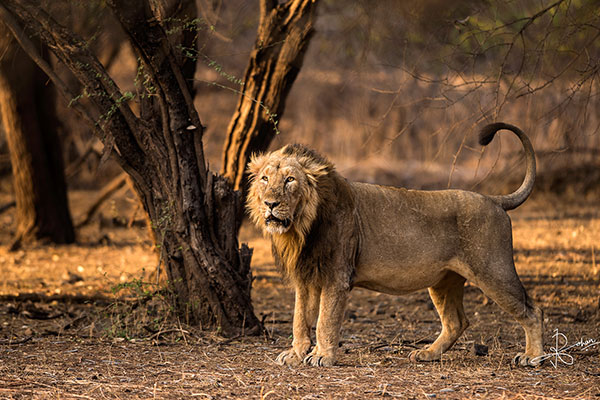 You can spot Asiatic Lions at only Gir National Park, Gujarat.

Leopard is the fastest of mammal species on earth and dominates the kill when it comes to hunting. They go by the biological name of Panthera Pardus and are considered very successful wild cat species of India. They are known for their agility and speed in hunting their prey and can climb any tree or mountain without any sweat. They can be found near the densely populated city of India like Mumbai, Gurugram, Bangalore, and Mysore, where they hunt for stray dogs and pigs.

Their body marks them as distinctive and is also a unique feature of their body. The black rosettes are found on their body, like small black spots, which are different in various leopards. Leopards are clever hunters and use their speed to kill and drag their hunt to a tree. Their primary diet includes deer, monkeys, live-stock animals, and wild pigs. They also keep a very low profile in the jungle and still manage to raise their cubs in a very discreet manner.

Black Panther and Melanistic Panther are the same species but are colour variants. They have been spotted in the Nagarhole, Dandeli and Tadoba National Park. 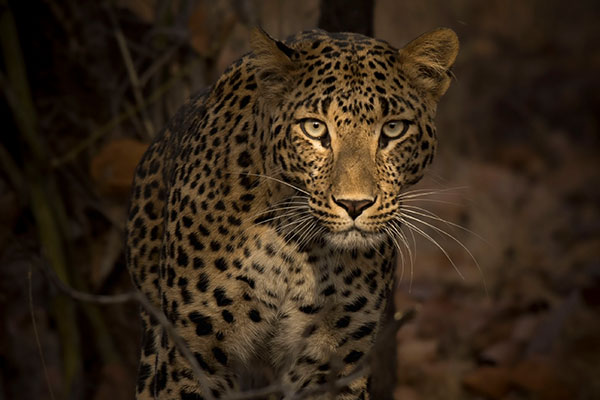 The species of snow Leopards are only found in the high altitudes or in the region of the Himalayas. Panthera Uncia is their biological name and is marked endangered in India. Their feature is that their skin is brighter and paler as compared to Indian Leopard, and their tale is larger in proportion to their body. Further, they cannot roar like other big cats because of their rigid hyoid bone.

Male and female tigers both have an agile and sturdy body which helps them climb down and climb up steep slopes of mountains, also their body weighs around 45-55 kg. Their common hunt is blue sheep and mountain Ibex. The Snow Leopards live for around 15-18 years in the snowy terrains of the Himalayas.

The research and study on Snow Leopard have thrived over the years and have been found in high altitudes of Mongolia, China, Nepal, and Bhutan as well. 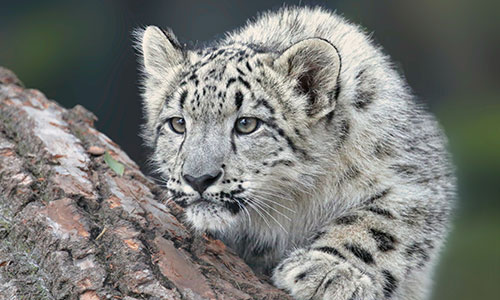 (Photo by Robert Sachowski on Unsplash)

The best place to see the Snow Leopard is Hemis and Ulley National Park, Ladakh.

These are known to be the smallest in size big cat of India and have been spotted very few times in the wild. These cats have grey-cloud shape marks on their body and unusual stripes on their faces and big black spots on their tale. Compared to their small skull, they possess the biggest canine teeth in the world in the breed of cats.

These are agile and lightweight which is approximately 11-23 kg, which enables them to hang easily from the tree branches from their hind legs. They can easily ambush their staple prey which is monkeys with the help of their big paws and sharp claws. They raise their cubs in the hollows of trees.

Dehing Patkai Wildlife Sanctuary situated in Assam, India, is the only place in the world where 7 species of wild cats thrive in its rainforest.

India's most common wild cats are the Jungle cat found in the dense vegetation cover, wetlands, shrubs, the fringe of villages and the forest. They live in hiding mostly unless it’s the season of mating or raising kittens and the young kittens separate from their mother after 8-10 months. Their claws and paws are equal sized both in front and behind, which helps them hunt their prey efficiently, which includes rodents, birds, snakes, lizards, and frogs.

The fishing cat is commonly found in the mangrove forests of Sundarbans, Himalayan foothills of the Terai region, and river valleys of Ganga and Brahmaputra and the Western Ghats. These are also the state animal of West Bengal.

Their skin acts as a natural thermal cover between the body and the cold surface of the water while hunting for fish and swimming. They are good swimmers by birth and consist of two dark stripes on their face and body olive green. Their common habitats are wetlands, marshy lands, and mangrove forests. The Fishing cat preys on frogs, fishes, snakes, and birds. 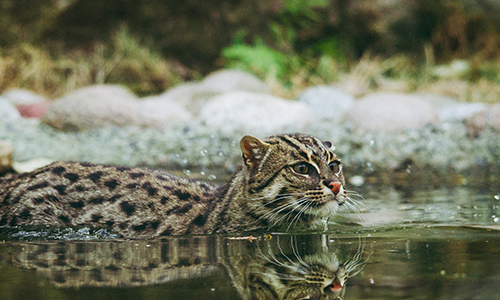 The best places to spot the fishing cat are Sundarbans, Bharatpur and the Western Ghats.

The very distinguishable cat in the cat species kingdom, is the Pallus cat, with the deepest and longest furs in the body with a greyish face, stoutly built, and long hair with white tips. One additional special feature is that their eyes like every other cat do not shutter vertically, rather they shrink in size just like they furl their body to insulate against cold. Their commonplace for hiding in rocky areas, crevices, caves, and mountain steppes or taking shelter in the dens of marmots and foxes.

Their favourite prey is Pika, which consists of their 60% diet, and they ambush and stalk their prey before hunting them. They live in solitary and mark their presence by their scent around 3-4 km.

Best place to spot the Pallus Cat: Ladakh and Trans-Himalayan region of Sikkim

Which is the Rarest Cat in India?

The rarest found cat of India is the Caracal Cat, which is also called the mysterious cat of India and has been seen in the regions of Rajasthan, Gujarat, and Madhya Pradesh. They have very distinct feature, which is long legs and long tufted ears. The name Caracal is Turkish and means ‘Black Ears’.

They prey on rodents and hares for living and they breed throughout the year, through which they give birth to 1-6 kittens at a time. They can also jump up to 2-3 meters in one take due to their strong and agile legs.

The best place to spot them is Ranthambore National Park but it is very difficult to spot them as the available photos have been clicked by using camera traps.

Are Lynx Found in India?

The species of lynx is distributed across the globe and Eurasian Lynx is the breed of Lynx that is found in the Indian subcontinent.

Eurasian Lynx is the largest lynx species in all the four species found all around the world. They are commonly found in Europe, Russia, Central Asia, and India. They mostly rest in the dens and caves but can be seen while on a hunt and they mostly hunt on hares, goats, and boars.

They are larger than medium-sized cats and their long ear tufts, a very short tail with a sandy pale grey body coat. They also have a very different quality of hunting, that is, if they are not able to completely kill or hunt their prey the same day, they bury it somewhere and come the next day to kill them and eat. 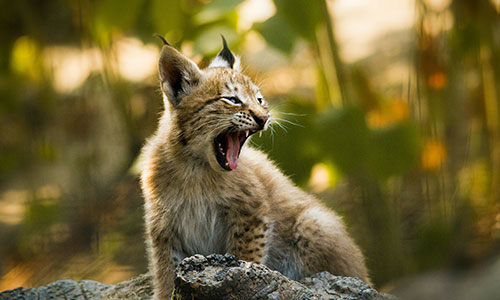