What are the State Symbols of India?

State symbols enable us to understand each state better why these symbols were allotted in the first place and the significance of these symbols. 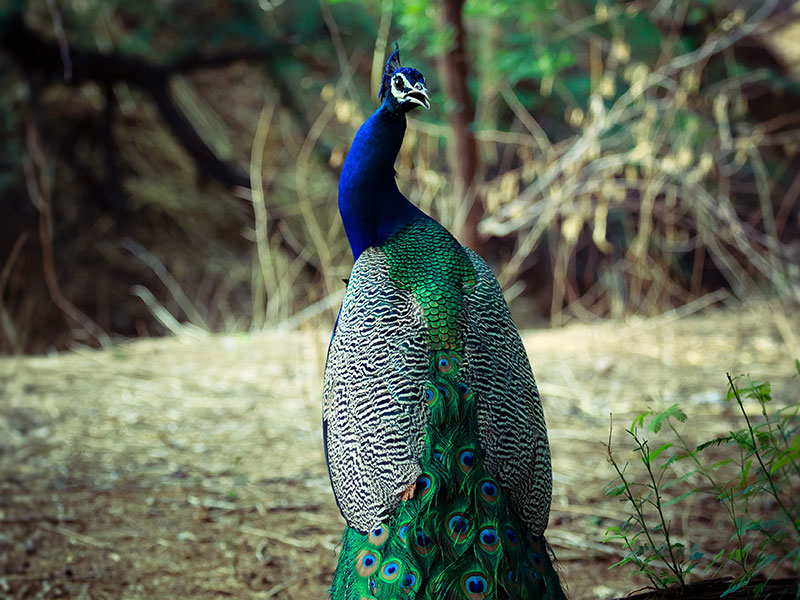 (Photo by Lenstravelier on Unsplash)

India is a country of different cultures, religions, and languages but you already know that as an established fact. Though, you don’t know that every state in India is subjected to project its own image through a ‘Symbol’.

Every organisation or institute needs a symbol to illustrate the organisation's importance. For example is the Indian Emblem, where 4 lions stand adjacent to each other and look in all 4 directions. This projection of the Indian Emblem states that the National Emblem commands high respect and is used only for official purposes and events of national importance. It appears on all Government official letterheads, Indian currency, and passports. It is the official seal of the state governments and even the President of India. Even our country is recognized at an international level through the Emblem. This is the power of a symbol; it represents the big picture of your organization, but it also projects it with certainty and shapes your identity.

There are 29 Indian states and 8 Union territories which have symbols for their state symbols for Trees, Birds, Animals, Flowers, and Butterflies. Let’s dwell on the list of a few of them to understand the significance behind them.

The state symbol of Andhra Pradesh for Animal is “Blackbuck”. It is also called ‘Krishna Jinka’ because of the darkish skin tone, like that of Lord Krishna. The Blackbuck is a breed of Antelope in India, and they inhabit themselves into the perennial of grassy plains and good water resources. Recently, after the partition between Andhra Pradesh and Telangana, the new state cabinet decided to keep Blackbuck as their State symbol.

Other than Blackbuck, “Neem” is their symbol of tree, and “Water Lily” is the symbol of flowers. This is what separates Andhra Pradesh from other states. 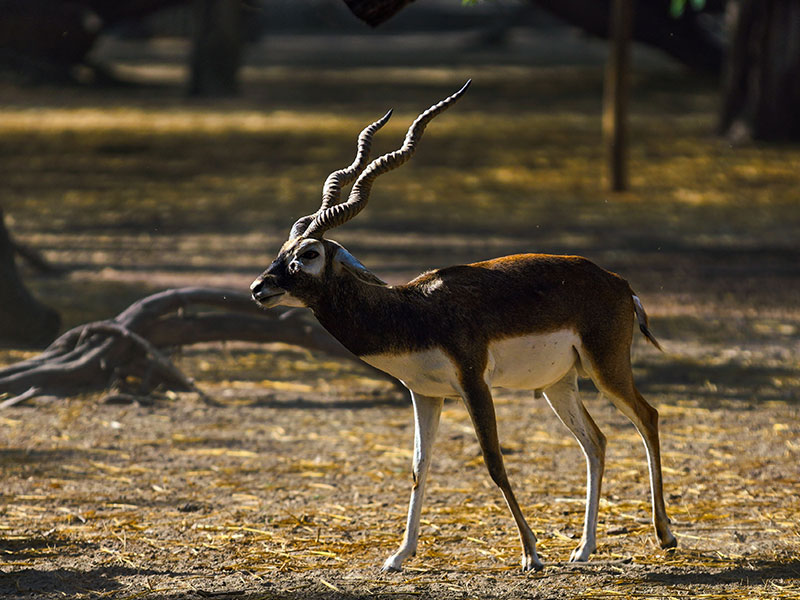 (Photo by HARSHIT MISHRA on Unsplash)

There is a very likely explanation for the state symbol of Assam, which is “One-Horned Rhino”. The symbol of Rhino is very special as it is the almost extinct species that are only found in Assam’s Kaziranga National Park. The natives to the Kaziranga and Assamese do take proud in their state symbols because they know what the “One-Horned Rhino” represents, the power and strength.

The state symbols for the bird are “White Winged Wood Duck” which is very commonly spotted in the lakes and National Parks boundaries. State symbol for Flowers is “Foxtail Orchids”. 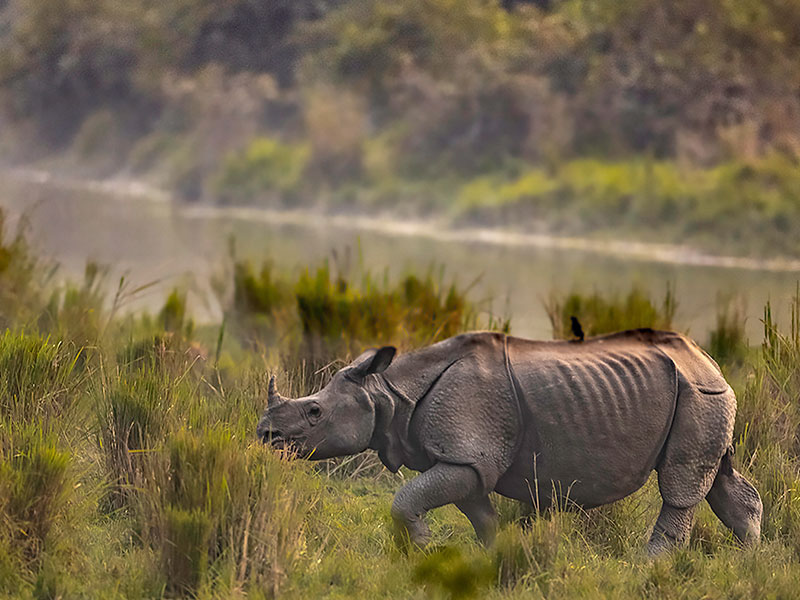 “Asiatic Lion” is the Gujarat state animal because it is one of the biggest 5 cats of India and Asiatic Lions are found in the Gir National Park in the whole world. The Asiatic Lions are not only the superior cat species but also the pride and honor of Gujarat. This animal is also associated with the Indian Goddess Sherawali, which is prominently worshipped during the Indian festival of Navratri. 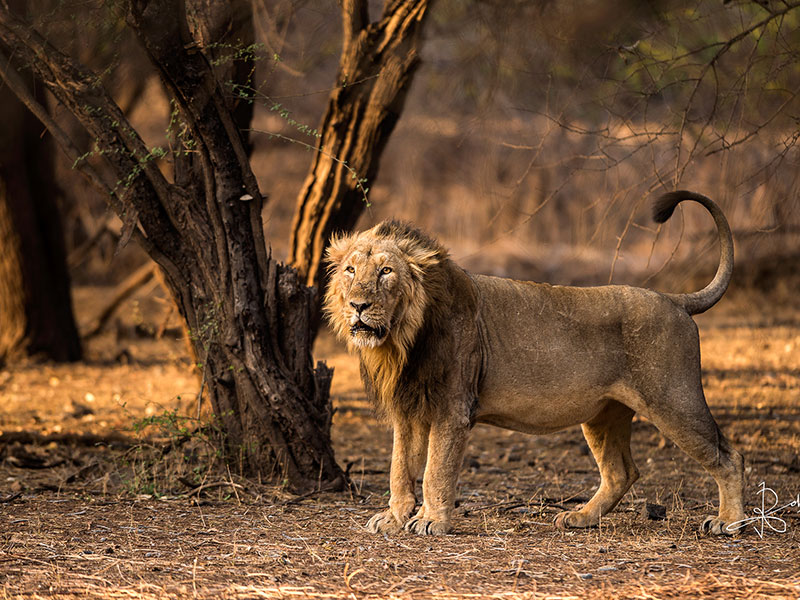 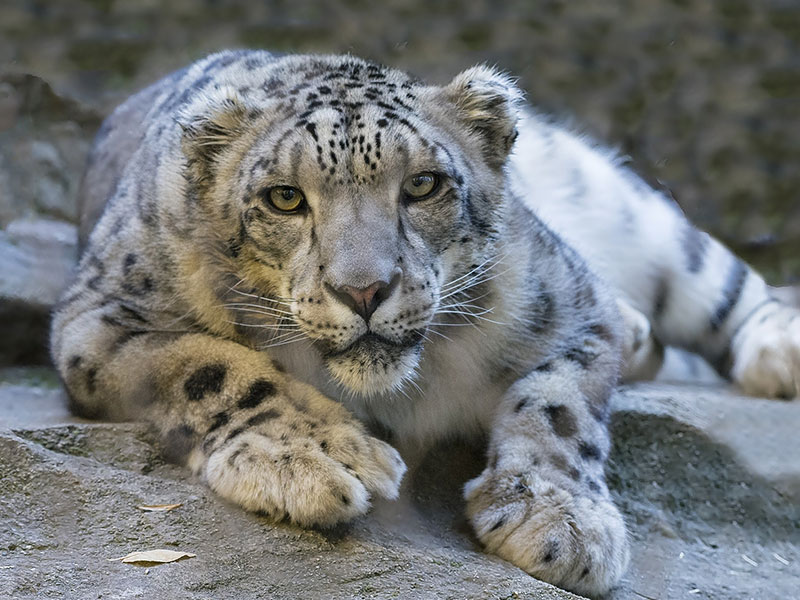 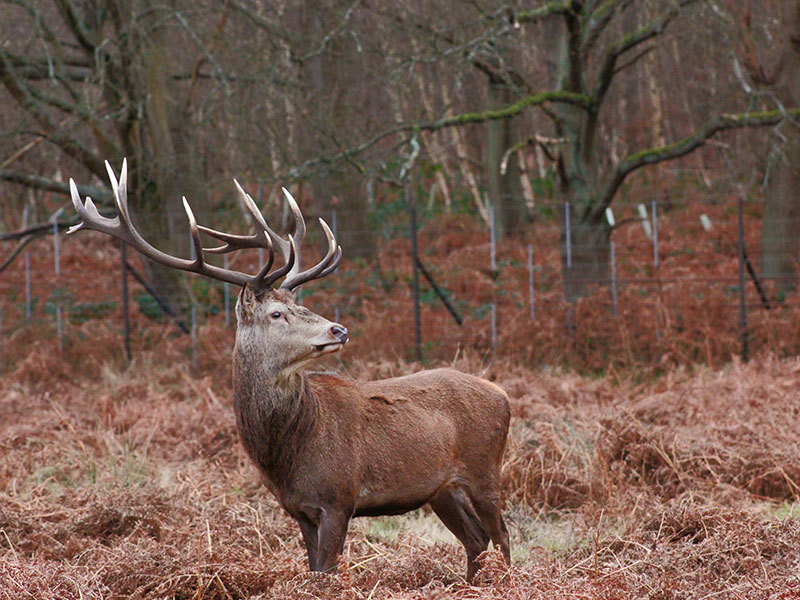 The heart of India is Madhya Pradesh and home to many National Parks populating the substantial number of Tigers and other wildlife species. The “Swamp Deer” is the state symbol of Madhya Pradesh because it is the most abundantly found animal in the deep forests of the state.

“Paradise Fly Catcher” is the state symbol for bird and “Banyan” is the state tree symbol. “Palash” is also the flower symbol of Madhya Pradesh, which are used for making plates and bowls in the tribal communities. 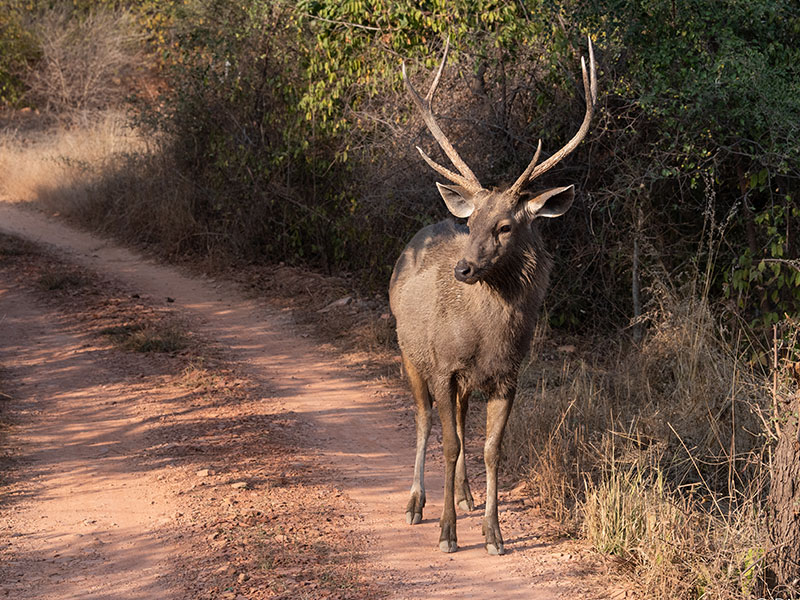 “Giant Squirrel” is the Maharashtra national animal, and “Green Imperial Pigeon” is the Bird state symbol for Maharashtra. Thus, coming to the fruit, “Mango” is the state symbol because Maharashtra is famous for the farming of Mangoes statewide in maximum parts. These Mangoes are then harvested and distributed across the country and outside India as well.

“Jarul” is the state symbol of tree. Maharashtra also have a symbol for state butterfly which is, “Blue Mormon”. 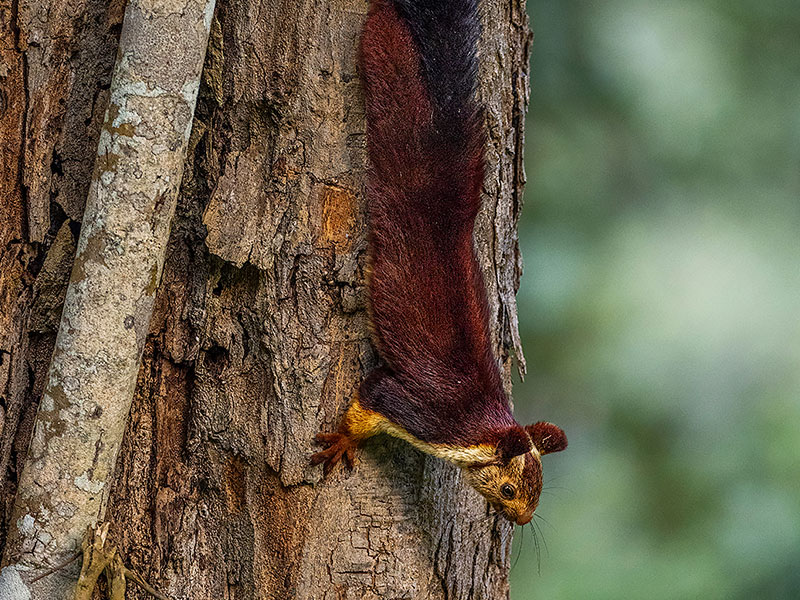 Rajasthan is the second significant place where you will find the interaction with wildlife very interesting and intriguing. “Chinkara” is from the family of Deer and is commonly known as Chinkara. It is the state symbol for animal of Rajasthan.

“The Great Indian Bustard” is the state symbol of Bird for Rajasthan, which is a great spotting bird during the tourist visit at Ranthambore and Sariska National Parks. “Khejri” is the state symbol of Tree, and it has a long history of revolution to stop the cutting of these trees. The natives believe it is a blessing for them. 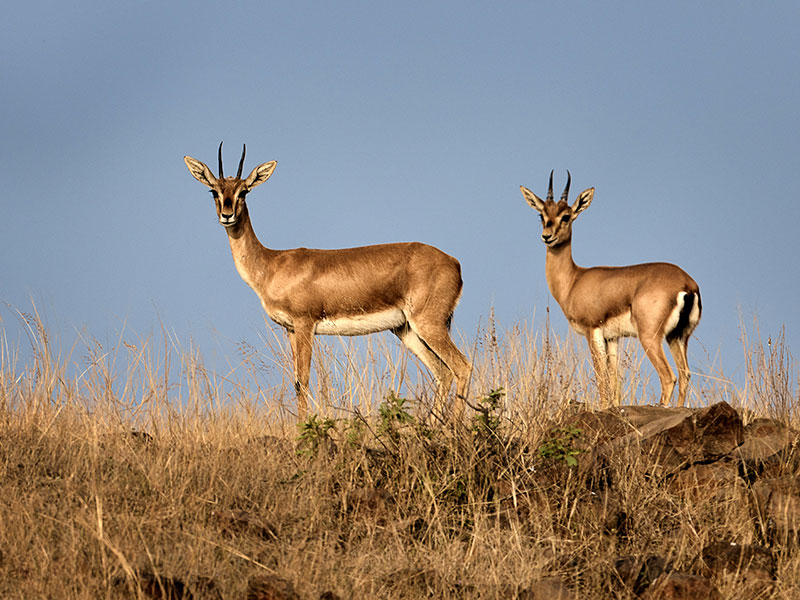 Uttar Pradesh is a land of sages and core of Indian culture where the symbol is always religion. Thus, the state symbol for animal is “Swamp Deer”. You can spot Swamp Deer at Dudhwa National Park. “Sarus Crane” is the bird symbol for Uttar Pradesh and “Ashok” is the tree symbol. The tree Ashok is also considered a Holy tree in Hindu culture. And finally, “Brahma Kamal” is the state symbol of flower. 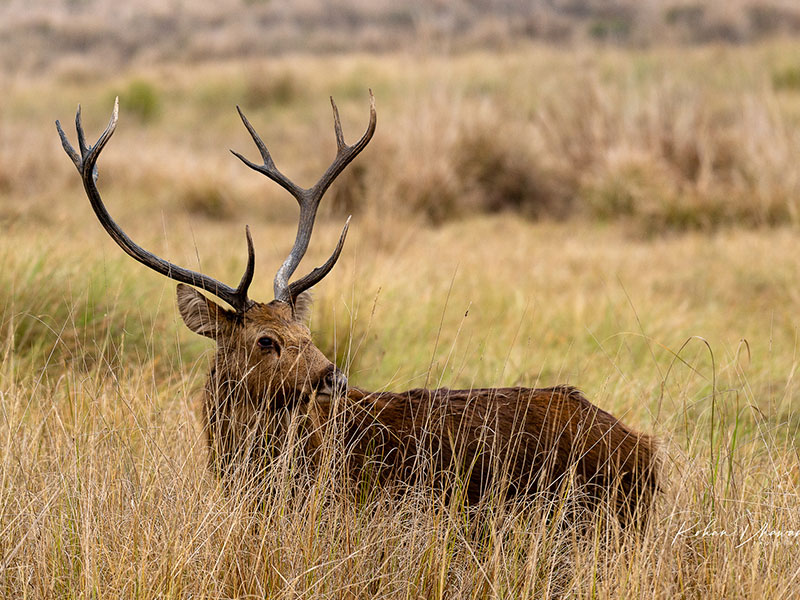 One of the smallest states in India, situated on the north-east edge of Nepal and Assam is Sikkim, a very beautiful place to see nature very close. “Red Panda” is the state animal symbol, “blood pheasant” is bird state symbol, “Rhododendron” is the tree state symbol, and “Noble Orchid” is the state flower symbol of Sikkim. 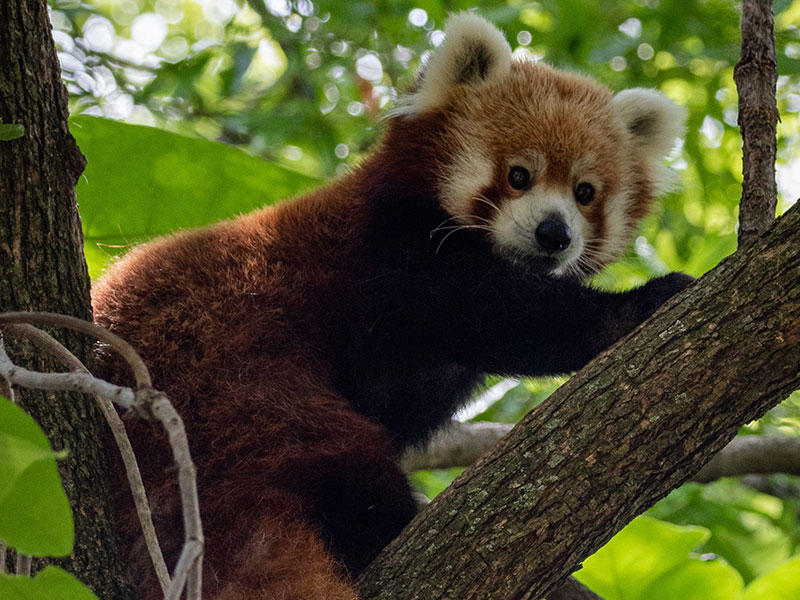 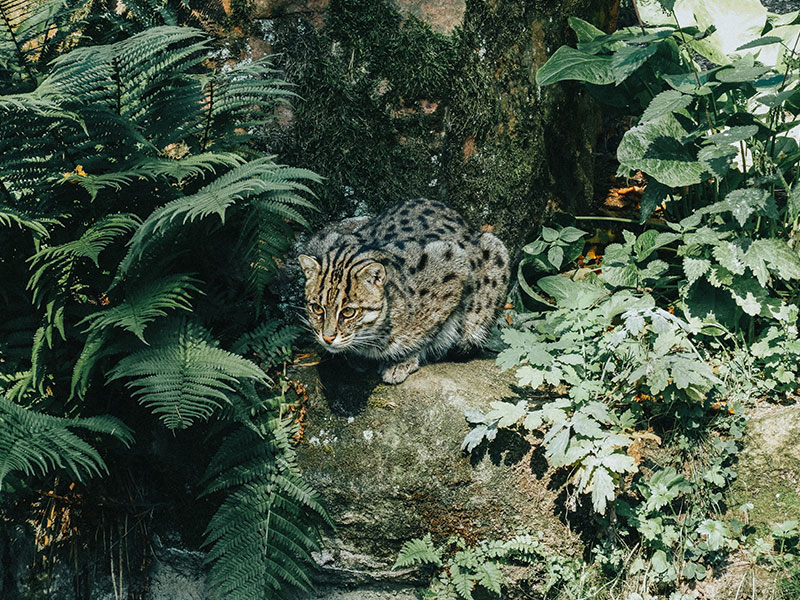