Since the invention of the camera, photography has taken off into a completely new dimension, which has brought the world to our doorstep. The evolution of the camera is itself an epitome of bringing the world into our lenses and then to our screens.

Though photography is an art and not everybody has that vision to capture the perfect shot. Especially when it comes to wildlife, one requires unwavering dedication, lots of patience, and determination to click a quintessential photograph. Hence, we have come up with a list of the top 5 photographers from India, who have achieved their work through their mind-boggling photography skills. 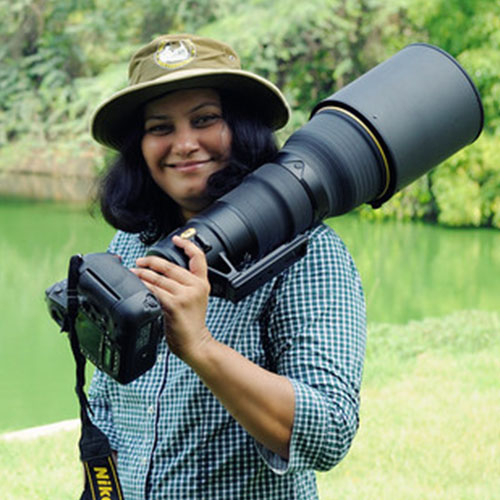 She is the foremost wildlife photographer in India and is an IT professional in Chennai for the last several years. Since she was born in the village Venkatachalapuram near Theni, a town in Southern India, her connection with nature has been unbreakable and that’s what inspired her to become a leading figure in the world of photography.

Rathika is an expert in bird photography and is often found exploring different parts of Indian wildlife with her camera. She has a captivating portfolio, where we can see a blend of technical aspects and the art of storytelling through her lens. She is also a Nikon professional (NPS) and a founding member of the RR Foundation for Wildlife Conservation.

She has been awarded as the first wildlife women photographer, also featuring her work on DD National.

‘Uccelli in Natura’, an Italian magazine on birds, selected and featured her as the best bird photographer from Asia.

- In June 2015 she has been conferred the ICF (The International Camera Fair) award for her outstanding performance and achievements in wildlife photography. 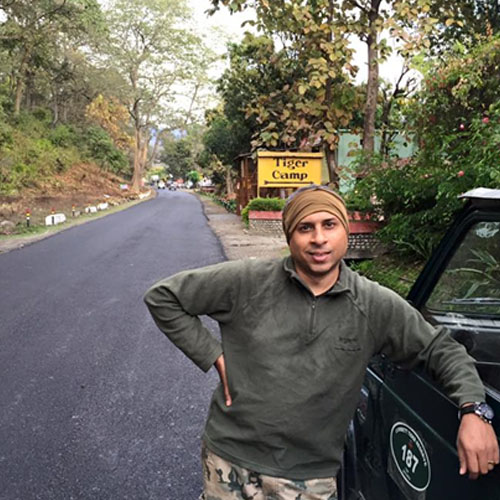 Sudhir Shivaram is one popular name in photography and the best of the best, take photography lessons from him. He is a dedicated wildlife photographer and teaches professional photography. He was born and raised in Karnataka, where he also did engineering from Malnad College of engineering and worked professionally at Hewlett and Packard for a while. Shivrama is always a part of wildlife preservation campaigns.

He also became the ambassador for Canon. He is the founding member of a non-profit photo-sharing site, India Nature Watch.

Shivrama was named “Wildlife photographer of the Year 2012” by Sanctuary Asia. 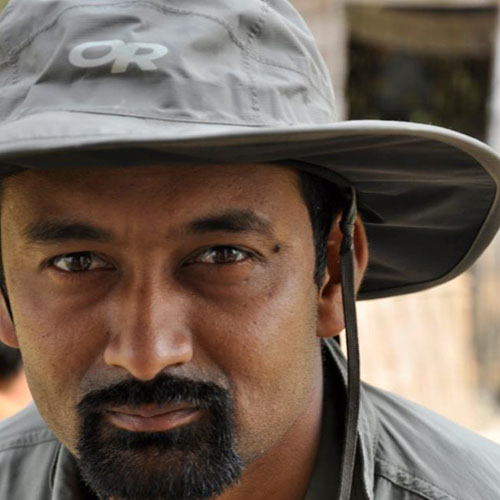 Sandesh Kadur is a naturalist, author, traveller, photographer, nature photojournalist, national geographic explorer, and cinematographer. He is famously known for his contributions to BBC Planet Earth part 2. He was born in Bangalore, in 1976.

He was inspired when his father gave him an SLR Film camera. He then made an astounding exploration of India as well as the world, making his work the finest in the industry. Although Sandesh finished his elementary education in Bangalore, he did graduate in wildlife biology from the University of Texas at Brownsville.

National Geographic awarded him with the best “Emerging Explorer”.

He won the prestigious BAFTA award for Photography Factual BBC Planet Earth 2 in 2017.

He was also nominated for outstanding cinematography for a Non-Fiction program BBC Planet Earth 2 – Cities episodes. 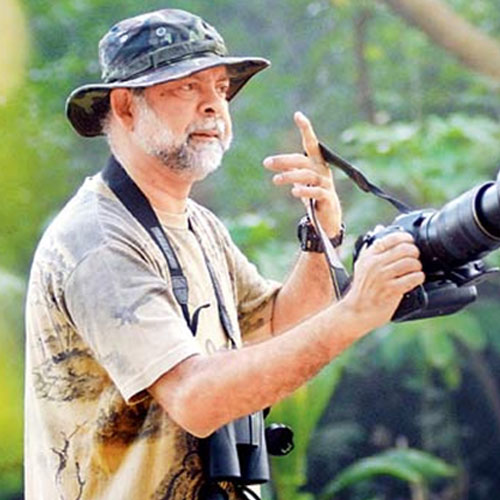 He is famously known for initiating an environmental awareness campaign, “Young Rangers” throughout Maharashtra and now an entire country in schools.

He is chosen as an advisory member of the “Tumbhi Advisory” Panel. Along with being a masterful cameraman, he also wrote a book named, “City Forest”.

He is associated with “The Bombay Natural History Society”, and has written columns in the newspaper.

Mr Monga has received many honorary awards concerning wildlife and the authorship of books.

Sunjoy Monga has written a field guide, titled “Birds of Mumbai”, which contains more than 350 species of birds in it. 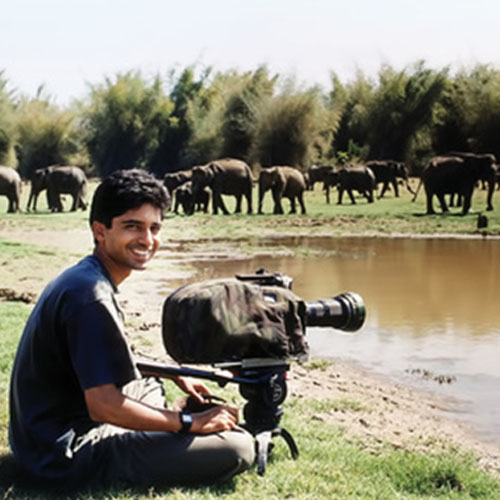 Shekhar Dattatri is a dynamic cinematographer, conservationist, and wildlife filmmaker from India. He started his filmmaking career in 1983 by assisting in directing a movie “snake bite”. His first film, “A cooperative for snake catchers” won the national award in 1987 for best scientific film.

He has also judged a number of International Wildlife and environmental film festivals including, the Japan Wildlife Film Festival 2007, The Sondrio Film Festival on Parks and Protected Areas, Italy 2008.

In 1998, the UK trade magazine, Television Business International, rated him as one of the top ten rising stars of wildlife filmmaking in the world. Despite being a phenomenal filmmaker and photographer, he decided to bring a change in his country which inspired him to make an amazing documentary “Mindless Mining – The Tragedy of Kudremukh” (2001). This movie played a catastrophic role in bringing an end to iron ore mining.

Top honour at the Sondrio International Film Festival on Parks and Protected Areas.

In 2004 he won a Rolex Award for Enterprise, from Rolex of Geneva.

2008, the Edberg Award, conferred by the Rolf Edberg Foundation in Sweden. 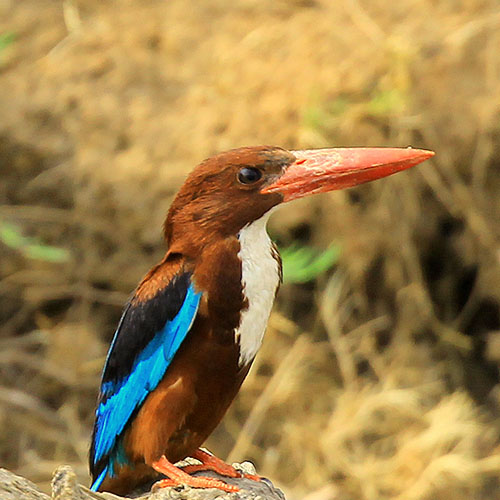 These were the top 5 major Wildlife photographers of India, who took Indian wildlife on the international screen through their exceptional work in the field of photography. We hope these leading photographers must have given you some principled inspiration.