The legendary tiger of Tadoba Waghdoh is no more 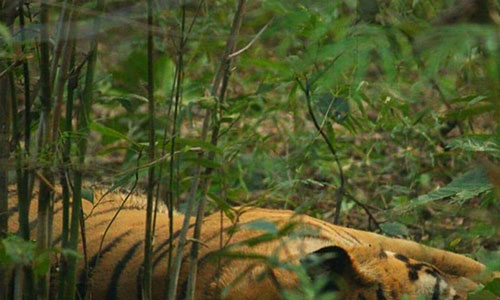 The demise of Waghdo is not a shock but rather a milestone for wildlife that has been lived by it. It was one of the fiercest male tigers ever seen in the park and lived its youth in the dense jungles of Tadoba.

Field director Dr Jitendra Ram Gaonkar, at Tadoba Andhari Tiger Reserve (TATR) said that Waghdoh helped in creating a few generations of Tigers in the Park. For the past two days, they had been monitoring the area for finding a male tiger attacking humans. On Monday morning when one of the Jeeps was on patrol in the buffer zone, they found Waghdo lying dead on the field.

Dr Jitendra further added that Waghdo was taken to the transit treatment in Chandrapur, where it was cremated with all the rituals.

The Waghdoh had a visible face mark, which made him fierce and fully attractive and it did attract many tourists throughout his lifetime. 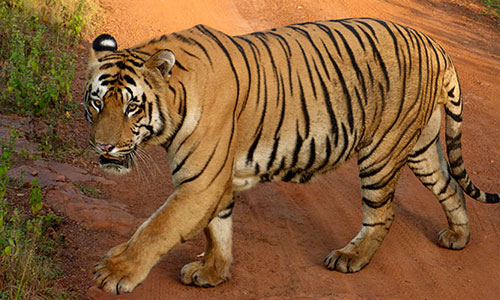 Waghdoh (T-13), a father to 40 cubs, was one of the oldest and most popular tigers in Tadoba Andhari Tiger Reserve. This extensively photographed big cat was popular amongst tourists and wildlife enthusiasts. Addressed as ‘Big Daddy of Tadoba’ or ‘ScarFace’,  Waghdoh, was a majestic creature whose charm was enough to allure people toward him. The big cat was believed to suffer an eye injury while preying on Indian Gaur near Vasant Bandhara which is why he is called ScarFace. Afterwards, Waghdoh mastered the art of killing an Indian Gaur. 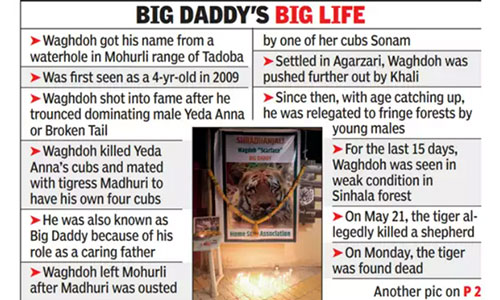 His journey started from being the alpha male tiger and ruling the jungles of Mohurli, Tadoba. It was always the race of 'Survival of the fittest. In 2015, he was driven out of his space. Since then, Waghdoh was seen wandering near the buffer zone of Tadoba National Park. His old age restricted his movements and activities which is why the animal instinct propelled him to hunt cattle near forest villages. The big cat was also spotted near the coal mines of Durgapur and forests around Sinhala and Masala villages (Chandrapur forest range).

Waghdoh was named after a waterhole in the core area of the Mohurli range where he was spotted by tourists in 2009. He was four years old when the very first sighting of Waghdoh happened. In 2010, the tiger became more popular when he defeated Yeda Anna (Broken Tail), the then so-called male ruler of Mohurli. He also managed to kill three cubs of tigress Madhuri’s first litter sired by Yeda Anna. Later on, Waghdoh mated with the same tigress to have his cubs. It is believed that the second litter by Madhuri (2011) was also sired by Waghdoh. The litters were called The tiger sisters of Telia- Sonam, Lara, Geeta, and Mona. There also exists a famous documentary featuring the Telia sisters of Tadoba. Presently, Lara and Sonam have three cubs each and they dominate the jungles of the Mohruli. 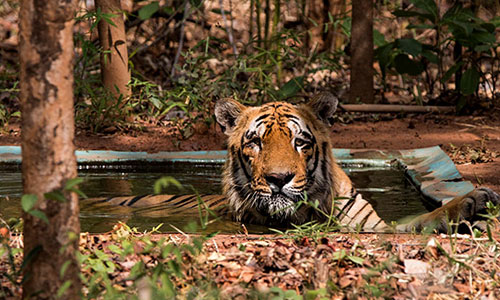 Waghdoh undoubtedly aided in bringing tourism to Tadoba. A major portion of tiger lineage is credited to Waghdoh inclusive of the Telia sisters. The majority of tigresses and tiger cubs sighted in the core and the buffer zones of Tadoba are believed to have the bloodline of Waghdoh. In 2015, tigress Madhuri was banished by her daughter Sonam and she moved to Agarzari-Dewada in Mohurli’s buffer area. Coincidently at the same time, Waghdoh was also ousted by Bajrang (T49). In 2016, Waghdoh settled in Dewada but was again forced out by another male tiger, Khali. Later on, he was sighted in Junona, Lohara, and Mamla forest areas.

Currently, the flourishing tiger population along with the famous tigresses like Chhoti Madhu, Sharmili, Aishwarya, W female, etc are all credited to Waghdoh. 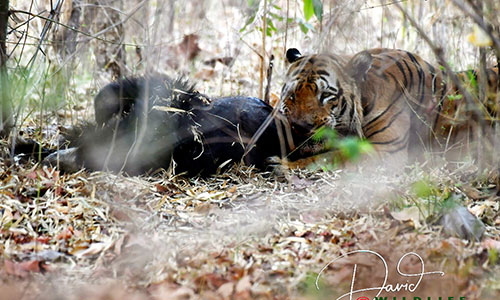 Tadoba Tiger Reserve is one of the oldest reserves in the country, stretched over an area of around 1727 sq km. Apart from the big cat population, the park also accommodates wild dogs, leopards, sloth bears, bison, hyena, jungle cats and more.