My navigation through the scorching way of Rajasthan into the wilderness of Tiger reserves.
It was the third time when I craved an escape into the jungles of Rajasthan, the heritage of tigers. After the last two throbbing escapades into the wild, I thought I was done for the time being but here I am, getting addicted day by day. As soon as I made up my mind to get ahead in the plan, my travel buddy, findyoursafari.com, who made my last journeys worth remembering was ready to plan my next one.
I packed very frugally, as I didn’t want lots of baggage with me and ultimately to cater for the need to ‘explore’. The day I contacted findyoursafari.com for the safari packages, they handed me my complete itinerary modified by my priorities and needs. That’s what I liked about them, everything had been taken care of, and what I had to do was just wait for the cabbie. 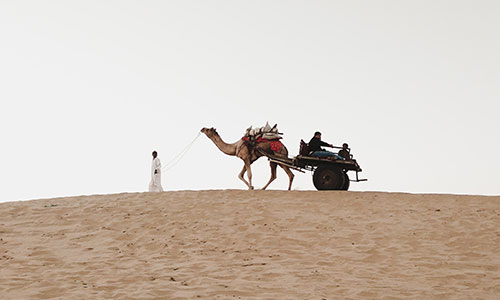 Excitement was pouring in me as I set on the journey to my first destination Ranthambore. The one thing that kept me irritated was the heat but as I opted for an ac ride, it was smooth until I reached the resort at Ranthambore.
This time I was booked with another jungle lodge, as others were already blooming with tourists. Just as I decided to enter the property, I was welcomed by the staff with folk greetings and a refreshing welcome drink. I headed straight to the room and unloaded my bags, and then went directly for the lunch.
After lunch, my gypsy safari ride was waiting for me to take me to the afternoon safari in the ecstatic jungles of Ranthambore. It was a nice ride, once we reached the sensitive zone and later, I was easily able to spot the hyenas and a tiger cub.

Day 2 – Another adventurous day at Ranthambore

Exhaustion makes you sleep very selflessly, and that’s how I slept the other night. Though I knew I had to wake up early today for an early morning safari. It was refreshing as the heat was very less compared to the noontime. I returned to the lodge for a marvellous breakfast and then a complete day of chill and relaxing in the pool.
The evening safari came with a surprise, as I wandered into the deep forest, I had a chance to spot a wild black spot deer chased by a group of jackals, which was worth the trip. These are the gifts of nature that I thrive for, or probably live for. 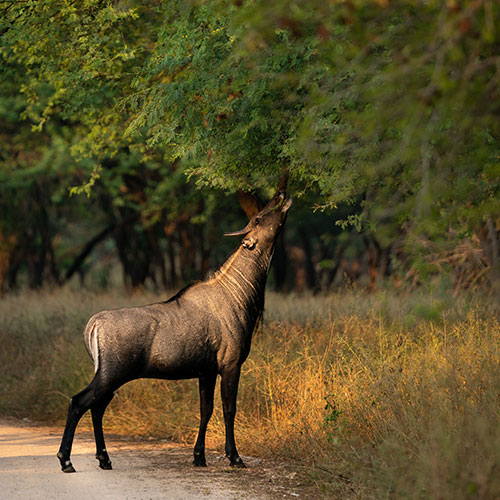 Day 3 – Procession to Udaipur from Ranthambore

The breakfast was already on the buffet when I woke, though the staff was very considerate and extended the breakfast by half an hour. As I came ready, with my bags hanging to my tail I devoured the breakfast like a hungry tiger.
Thus, it was time to say goodbye to Ranthambore and head to Udaipur, which is a 7-hour drive. After reaching Udaipur, we checked into a nice lakeside hotel in the old city, and it was mesmerizing. I slept like a baby and waited for the morning to come.

I was particularly excited for Jawai because I had never been to Jawai hills before, and I had a strange craving to see leopards. It was a healthy 3-hour drive to Jawai post breakfast, and we reached on time.
I checked into this amazing Jawai jungle lodge that was operating in the region for 5 generations and had some very intriguing hallways filled with historical hunting and convention pictures. Right after I freshened up, I went for lunch.
After lunch, my gypsy was ready for me to take me for an afternoon safari. This was a strange adventure into the foothills of Aravali because initially, we were not able to spot any leopards but later, we found a herd of 12-13 leopards sitting under the shadow of a huge ridge. It was totally worth every penny.
I returned in the evening when dusk had already fallen upon the plains of Jawai and the moon was shining bright in the sky. 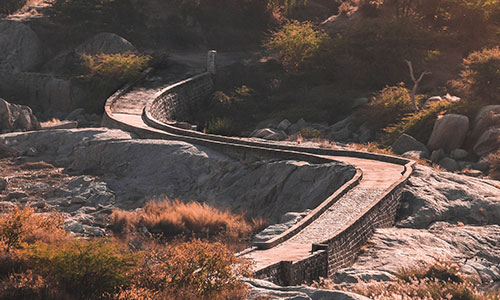 (Photo by Pravin Suthar on Unsplash)

Day 5 – In the heart of Jawai Leopard reserve

The next morning when I woke up, my back went all sore and my legs felt fatigued. For the time being, I thought I wouldn’t be able to get up. I contacted the lodge reservation desk and asked for help. They were very prompt in the service and soon brought me some medicines and a spa massage that cured me right away. It was like some current ran through my body.
Although I was late for the morning safari, I still went for it, and it really made me see the other side of the Jawai hills. The scenic beauty in the morning was altogether different and dynamic, I just wanted to roam with my naked feet into the forest.
I returned to a big breakfast that I couldn’t resist, so I didn’t even bother to freshen up, just attacked the buffet.
The rest of the day was followed by me being into the pool with a Russian group, which have been also visiting the wildlife of Madhya Pradesh and Rajasthan. I simply couldn’t deny the fact that I had a conversation with 2 extremely beautiful ladies in the group, I just can’t stop thinking about those two. Sometimes life is just that fair.
I was so into the group that they decided to include me in the group canter safari in the afternoon. We went from larger plains to hilly rocky areas and from there we went deep into the sliding jungles of Jawai. As we treaded further into the zone, it was difficult finding leopards, though we saw lots of other wildlife species. Thus, in the evening while returning to the lodge, we were able to spot a mother leopard with cubs tinkling around her. It was a great sight and we just kept on taking lots of photographs from a safe distance.
It was an exhausting safari, but everybody was very content at the end. The dinner was just the formality to skip for sleep because as soon as I curled in bed, I was asleep just like that. 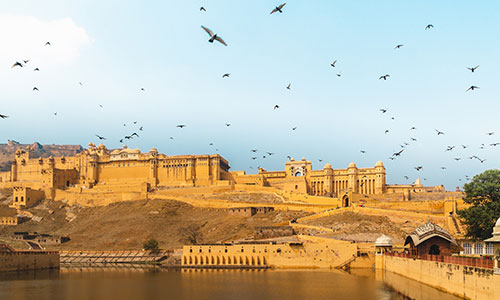 (Photo by Meriç Dağlı on Unsplash)

Day 6- Back to Jaipur

Rajasthan had always been my home but now it felt like home for real, I started to feel a connection with the characters of the jungle and the endless scenic beauties of nature.
It was time to check out from the safari lodge with the best breakfast I ever had and move towards Jaipur.
Every time I finish the journey, I think something changes every time in me, though a little change does.