Night Safari At Indian National Parks Is A Real Thing

Get an enthralling experience at the Panna, Pench, Kanha, Tadoba, and Bandhavgarh National Parks this season and explore a whole new world of wildlife. 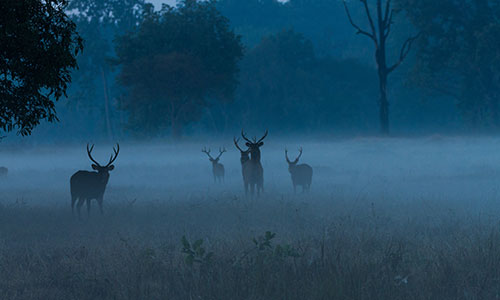 Safaris during the daytime are itself a courteous definition of fun and wild exploration in India, the sightings of tigers, brush breeze, tropical forests, and never-ending mountain ranges, everything is just extraordinary. Though, everything is good until the Night Safari comes into play and the experience of safari completely changes. India is among the few countries that have started Night Safari at Kanha, Pench, Tadoba, and Bandhavgarh National Parks to boost wildlife tourism and something of a wild exploration for the wildlife army. This blog covers the entire experience of a Night Safari and details of timings at all the four national parks.

How cool is the Night Safari?

It’s pretty cool and thrilling to explore night safari in the moors of wildlife parks at night. The howling of beasts, chirping of crickets, and eyes reflecting out behind the bushes, everything pumps up your blood and keeps you on your toe. The night safari is a whole new experience for every nature lover because a forest unfolds at night when you find it quite yet aggravated.

People who have been going to the night safaris now share their experience as one of the most exciting and adventurous wildlife safaris they ever did in their life. The rangers who patrol at night will assist you in your endeavour to see how a jungle and its constituents work at night. The forest rangers have to be very attentive and concerned about the poaching activities in the park, so they keep their vehicles rotating for patrol and we assist them in doing so. The night safari is not even called night safari, it’s just called patrolling because it is simply patrolling with the forest official guards but comes with the added advantage of a safari, as you can spot the animals and where you can find the hideout of other nightly animals who don’t appear easily during the daytime. 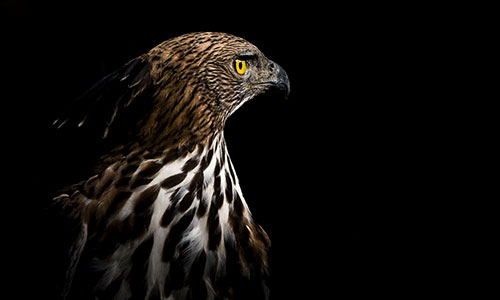 What can be expected during the safari ride into the wild of the night?

Safaris can be normal and even monotonous sometimes, but it entirely depends upon the perspective of your eyes as you cannot hit the road and expect to see animals, hills, plains, and ponds together, as the combination is very rare. The thing to remember is to keep calm and enjoy.

The same applies to the night safaris as well because one can expect anything and anywhere when going on the safari. You may see the mighty Bengal Tigers crossing roads or hiding out in the tavern of thorns to prey on their food. The eyes reflect lights, and you may get scared because you might not see them at the first 2 or 3 sightings, but the ranger assistant will certainly know what beast is hovering around your jeep.

Similarly, the naturalist who might be assisting you in the safari will know for sure when you come across a herd of Jackals, an army of deer, a wild chase in progress, or a silent dinner party among the wild members of the jungle or Owl watching over you from the branches, everything you imagine you might expect to see in the night and the wild.

Where is Night Safari available currently in India and what are the timings for the same?

The night safari is currently the initiation by the Indian government in 4 major National Parks of India, which receives the maximum footfall by tourists all year long. These 4 National Parks are: 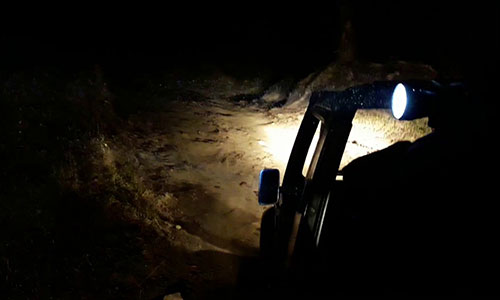 Night Safari in Kanha National Park takes place between 7:30 pm to 9:30 pm in the Khatia buffer zone and Khapa gate.

Night Safari in Pench National Park takes place between 7:30 pm to 10 pm in the Tikadi buffer zone which is near Karmajhiri gate and Khawasa buffer.

The Night Safari at Tadoba Tiger Reserve takes place between 7:00 pm to 10:00 pm in the Junona buffer near Moharli gate and Palasgaon.

Night Safari at Bandhavgarh National Park starts at 6:30 pm and ends at 9:30 pm in Parisi and Pachpedi zone.

You can easily register for the safari rides from the official websites of the park or through the agents who are organizing your wildlife trip. You can book for the entire group and a single person as well, but the ride is possible only in the gypsy not on the bus or elephant. 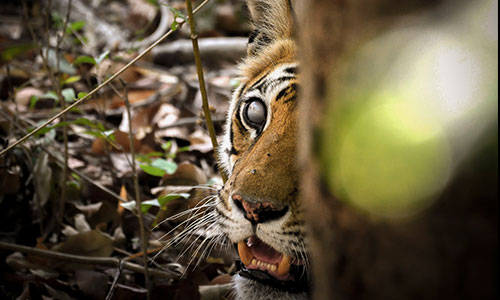 Things you shall not be doing when going through the jungle at night?

The night safaris can be very appalling and overwhelming once you get into it, but some people might find it very interesting and exciting and, in that excitement, they tend to harm the animals or do something that might trigger the unidentified movements of animals putting their lives in danger. Keeping this in mind there are some precautions you need to take: