What is the difference between a National Park & Wildlife Sanctuary?

The National Parks of India are legendary lands that have preserved and conserved our flora and fauna at their best under the supervision of the Indian government. There is a lot to know about Indian National Parks, which is intriguing and worth visiting. 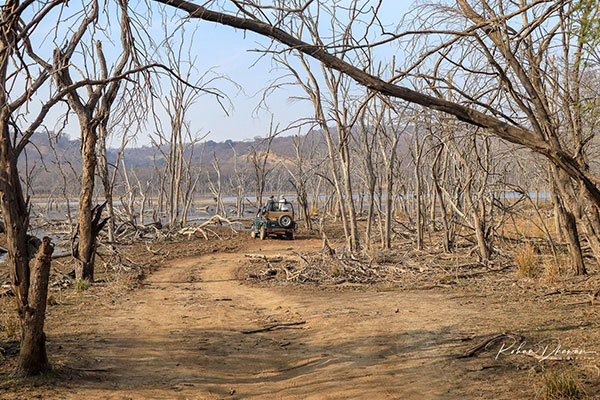 Since the British rule in India, our efforts towards preserving our flora and fauna have been inspiring. We have come a long way in achieving a significant global position in the process. We have some of the world’s rarest species, like Rhinoceros, Bengal Tiger, Red Stag and many more. The same applies to flora species, which are rarest and abundant in India. The new generation is also aware and conscious of the fact that India needs preservation more than ever; hence, we can see plenty of young naturalists, conservationists and forest rangers being recruited around the country.

Nature and our culture have a unique connection that has hoisted our interest towards primitivism and then it shifted towards Industrialization. This blog voyages around the facts and traditions of the National Parks of India and how magnificent they are in their entirety.

What is the difference between Wildlife Sanctuary and National Park?

A Wildlife Sanctuary and National Park are two different entities, but many people have a misconception that they are altogether identical.

A protected area of land that is set aside specifically for the conservation of plant and animal species is called Wildlife Sanctuary. These areas are either owned privately or publicly, and they are purposefully designated by governments or nonprofit organisations. Wildlife sanctuaries offer a variety of benefits to both the environment and the local community.  The important thing to note here is that a Wildlife sanctuary can also be a National Park and that is the case with maximum Wildlife Sanctuary.

Some Wildlife Sanctuaries of India are:

A national park is a protected area of land that is managed by the government. National parks are typically much larger than wildlife sanctuaries and offer a variety of recreational activities in addition to conservation, such as hiking to the local mountains, boating activities, water sports, lodging in the dense forest etc.

Some National Parks are:

Why do we need National Parks?

National Parks in India are the embodiment of efforts made to preserve our natural habitat because our population has gone out of control, which has given birth to the large-scale plastic pollution, water depletion and continuous hunting and poaching of wildlife animals. The prime reason that we need more and more National Parks is that, once a designated landscape comes under the authority, then the preservation and conservation become easy.

There is a myriad of reasons why we need National Parks other than tourism. Preserving our rich natural diversity is essential to mankind’s survival on the planet earth. The idea of preserving certain lands or ecosystems for their unique topographic features along with the plants and animals that live within the confines of these geographic regions is a primary reason for the creation of National Parks.

There was a time when India had abundant resources in terms of animals, plants, and rare species. This was not long ago, merely a century ago when Britishers had our nation in control there was an enormous number of natural resources but thanks to the gift of imperialism, which bloomed the rise of industrialization in our country and before you know, we were proliferating faster than reaching the moon.

Indian wildlife was in a very poor condition back then, but it became clearer with the emergency protocols ganging up internationally that we need to start worrying about our wildlife resources or else it would become impossible to survive. The first strict preservation step taken by the Indian government was in 1972 when India enacted the Wildlife Protection Act of 1972 and Project Tiger to safeguard crucial habitats. Further, federal protections were promulgated in the 1980s.

Indian Wildlife has been a crucial part in developing a favourable environment for the nearly extinct or endangered species which has given the rise in their number in due time. One can say that India is not only home to many languages, cultures, religions or communities but it is a vibrant land in wildlife, and you can witness every bit of different, strange, heart-warming and incredible wildlife creatures in India.

Some Indian wildlife species that are famous:

Indian wildlife has now fluttered all over the nation and has plenty of wildlife sanctuaries and National Parks to visit. In fact, it is a huge part of vacation premises for endless Indian tourists. There is a separate fan base of tourists who love to go and visit various National parks throughout the country.

National Parks have employed their own vehicles within the premises, so whenever the tourists go for a tour, they have no choice but to hire government vehicles for going into the buffer and core zone of the forest. The reason behind that is to keep safe the citizens while touring the park because there are wildlife animals inside the area that might attack if not treated carefully.

There are a lot of Indian Safaris that are offered in various National Parks across India:

The bus Safari is one of the most common safari vehicles opted for by tourists because it offers multiple tourists fit in one chance and is also less expensive.

This is the second most favoured safari after canter as it offers a personal ride for a family or a couple to visit in dense forest.

There are National Parks in India that offers tourists a chance to see wildlife in a luxurious manner, which is a kingship ride on the elephant. Kanha, Kaziranga and Bandhavgarh National Parks currently offer Elephant safari.

The service of witnessing wildlife parks from above in the hot air balloon has been going on outside of India for a very long time but recently Bandhavgarh Tiger reserve took the initiative and launched India’s first and only Hot Air-Balloon Safari. It is something of a breakthrough wildlife safari compared to traditional ways of witnessing the wilderness.

There are several National parks and Sanctuaries in India that offers boat safari to tourists for experiencing some of the best views in the wilderness.

How to Experience a Wildlife Safari in India?

The experience of a safari is something very close to your heart and your passion for wildlife. The tourists may plan the trips but the exact process of leisurely spending time in the wilderness is something hard to come by. Our field expert at findyoursafari.com, Mr Abhiraj Singh Hada says that “Wildlife Safari is most successful when you have patience and resilience, to absorb what nature has for you in the bag. Maximum tourists come to spot the tiger but many times they end up unsatisfied and complaining about the services.” Tourism in wildlife is driven by passion and curiousness to witness the jungle, solitude, colours of nature, chirping of birds, the breeze of deep forests etc.

We have exactly the steps to guide you in making your wildlife trip worth the money:

After 70 years of going extinct from the Indian subcontinent, African Cheetah is making entry into the Indian Wildlife again in an effort to sustain the fastest cat species. This is indeed a big step in the Indian wildlife and has invited the attention of many wildlife lovers. The advantage of reintroducing African Cheetah is simply to bring back the charm of the Cheetah clan to Indian wildlife but there are various other reasons as well such as: