Are there Kangaroos in India?

“Bringing to you the Kangaroo controversy in India, animal trafficking and exotic animal poaching!”

A few weeks ago, a video of 3 Kangaroos passing by a farm in an East India village had gone viral. This has been a matter of debate as well, were those kangaroos real or not? Well, let us clear the air by accepting the truth, that yes, they are indeed real Kangaroos. This has been confirmed by BBC and other authentic sources as well. Now, after confirming the truth, there is a surge of questions in the mind, such as:

Who brought them into India, as they are not the Indian habitat wild animals?

Are they alive? Where are they being kept now?

Will they return to their country, where they actually belong?

What lies ahead for these lost Kangaroos? 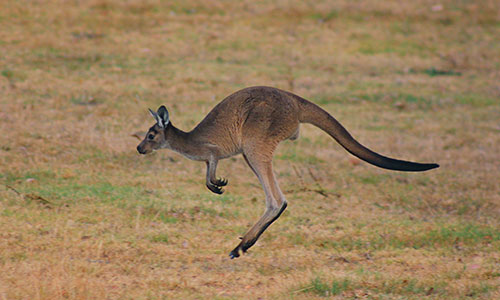 (Photo by Ashish Upadhyay on Unsplash)

All these questions are genuine, and, here we have tried to answer each and every question by accumulating information from trusted sources.

Debal Ray, the chief wildlife warden of West Bengal says that these animals were most likely left stray during an anti-smuggling operation by his team. He got a tip off from a local that a carrier van was carrying some exotic animals, on this he deployed a team and patrolled every highway. Probably, the smugglers got wind of it and ran away, leaving the Kangaroos out in the open.

Deputy director of the regional wildlife control bureau, Mr Agni Mitra further added to this incident that, these exotic kangaroos might have ended up here from private breeding farms in southeastern Asia. There has been a record of smugglers bringing exotic animals through the Myanmar border.

The Directorate of Revenue Intelligence (DRI), India’s anti-smuggling intelligence agency stated that our Nation has seen a tremendous rise in demand for exotic animals in the last two decades. They said that smugglers often use north-eastern corridors to bring in these animals and send them across India, including animals like the golden-headed Lion Tamarin or threatened Lemurs.

Now, the reason they cannot act so firmly upon this grave danger to the animal lives is that India’s wildlife act does not protect non-native exotic animals. DRI further added that since the native exotic animals are barred from smuggling and are considered a serious crime, the smugglers have shifted to exotic animals, which have created some serious environmental consequences.

Wildlife activists say that it has become a symbol of status for rich Indians to own an exotic animal for their personal zoo or botanical park. In fact, a wildlife activist from Bangladesh said that sometimes ago, some Zebras were seized that were destined for supplication to India.

In response to this, the Ministry of Environment, Forest and Climate change announced a voluntary disclosure scheme in June 2020, for the people who owned any exotic animals and also said that those without proper documentation would face serious charges. In response to this, the government received around 32,645 disclosures which listed exotic animals such as Iguanas, Macaws, endangered Lemurs and even Kangaroos.

Although India adopted the Convention on International Trade in Endangered species (CITES), which protects and monitors the trade of illegal exotic animals but cannot be implemented under the Indian constitutional Law.

The Kangaroos that are found, go by the name of Alex and Xavier, and after being rescued by the team, they are currently treated at Bengal Safari Park. Mr Ray says that the Kangaroos developed muscle atrophy, which happened while they were squeezed in an enclosed space. Though, now they have progressed in their health.

He also added further that, If those Kangaroos feel at home, then government officials might showcase them in a public zoo but since they are not natural heirs to the Indian habitat, they will never be released into any National Park.

where to find kangaroos in India