Hemis- A Wildlife experience in high altitudes of Ladakh

Ghost of the Mountains

Heaven with the Indus river flowing freely on the north and along the Zanskar Range covered with snow. Hemis National Park present’s the serene vibes that are sure to leave you mesmerized. Spare some time and imagine a place, high up in the mountains away from all the hustle-bustle of the cities, stranded yet full of life, where heaven itself has descended to form spectacular sights that will make you scream “Que elegante!” at the top of your lungs. Seems unreal but yes, such a place exists and is named Hemis national park. 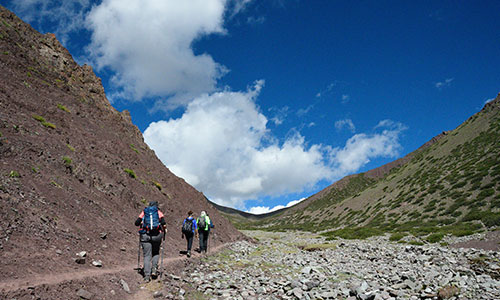 (Photo by santanu misra on Unsplash)

Founded in 1981, Hemis is a high-altitude national park which is a perfect wildlife escape for all wildlife lovers this summer. Hemis was not the same park that you see today, it grew in size in 1988. The wonderful sights against the backdrop of magnificent mountains as well as the animals in their natural habitats are delightful and beyond fascinating and will make every effort worth it!

The Hemis high altitude national park is situated in the union territory of Ladakh and spans an area of about 4,400 Km², making it a huge place for an amazing adventure in the wild. This place is 55Km from Leh and is bordered by the swiftly flowing Indus river and the magnificent Zanskar range.

The Park offers you a bundle of once-in-a-lifetime experiences with fascinating vegetation and wildlife all year long. It would be fair to call it the little mirror of Ladakh. As you cover the Hemis National Park area, you get to see a clear picture of Ladakh. Known for the Majestic Snow Leopards that live in great numbers here. Not to forget, the over 30 species of fauna and 11 underlying species of fauna, that capture the sight of numerous tourists.

How to reach Hemis national park:

Since this national park in Ladakh is situated in the middle of the mountains, roads are the best way to reach this place, although flights can be used at the beginning part of the journey to reach Leh.

The nearest airport to Hemis National Park is the Kushok Bakula Rimpochee Airport in Leh which can be reached by road. The direct flights from major airports of India for Leh are as listed below:

Road trips to Ladakh are a dream for every traveller, hence it’s time to add Hemis national park to your list. Another wonderful landscape drives with excellent roads that are pretty well maintained. The roads are surrounded by mountain ranges on both sides along with the mesmerizing views of the valleys which makes the adventure all the more wonderful. Sharing with you below the travel time and distance from major locations to reach Hemis National Park:

A trip to the Hemis national park can be enjoyed throughout the year, however, if you are looking for treks best would be mid-June to mid-October season.

However, to catch a glimpse of the “Ghost of the mountains”, the Snow Leopard that romps in and around every corner of this national park in Ladakh, January to March will probably be the best time for you to do so.

Things to do around here: 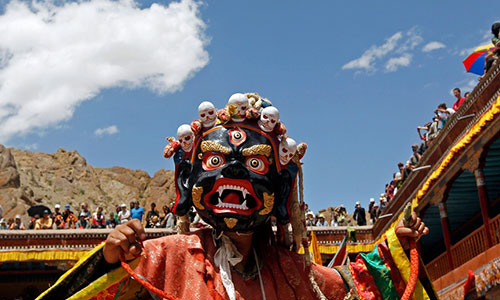 Besides the interesting history, Hemis boasts of an array of art and culture. Every year in June Hemis witnesses a high-spirited Hemis festival dedicated to Lord Padmasambhava (Guru Rinpoche).

His birth anniversary falls on the 10th day of the fifth month of the Monk year of the Tibetan calendar. What’s interesting to know here is that this day comes once every 12 years. Thus, it is celebrated as an extravaganza with great festivity and fervour.

People believe that the life mission of Guru Rinpoche was forever to improve the spiritual condition of all living beings, hence, at the festival, sacred rituals are observed to attain spiritual strength and good health.

The Hemis Gompa festival is celebrated in the princely courtyard of the monastery. The beating of drums as an early morning ritual, and the clash of cymbals and a spiritual wail of pipes, and it is then when the portrait of Rinpoche is ceremoniously unveiled for all to worship and pay homage. 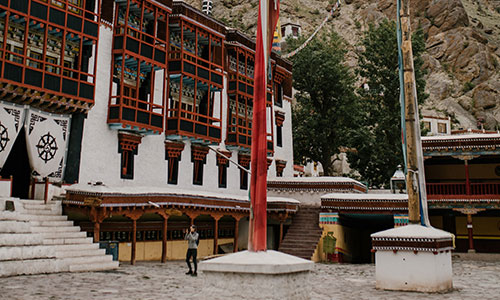 Looking for a place for your spiritual awakening? Hemis monastery is a Buddhist monastery established even before the 11th century. Lord Buddha sculptures here are made of both gold and silver and this is a place of great historical importance for the monks who now live here and pray to their God every day.

It’s close to the Heims national park and one can easily drop by this beautiful monastery. 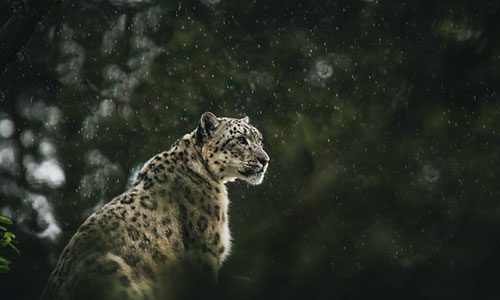 A must-do adventure, call it a safari or a wild trail, nevertheless you have to cover it on your own, with your able feet. No motor vehicle is allowed inside the park premises. A beautiful touch to leave the park pollution-free and make the animals feel at home. However, on the outer perimeter of Hemis National Park jeep safari can be done but not inside it. Hence, the Hemis National Park Safari is absolutely animal cruelty-free and pollution-free.

Note:  Make sure you catch a glimpse of the Snow Leopard prowling the high-altitude mountain ranges of central Asia along with the other wildlife species. 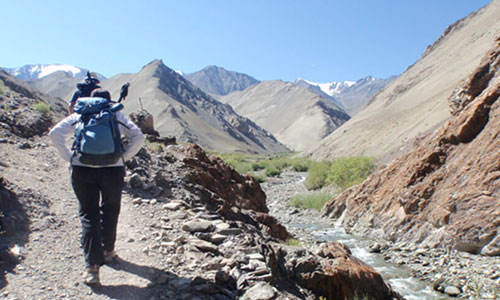 A trek to the Gotsang Gompa, located close to the Heims monastery is a place full of solitude and peace. A trek to this place is worth it as it will help you achieve inner peace and cleanse your mind and soul. Also if you are a movie buff and you have seen “Yeh Jawani Hai Diwani” then you can also shout your heart out here.

The Hemis national park is situated in the former state of Jammu and Kashmir, now in the eastern region of Ladakh union territory. It is the largest national park in India covering an area of about 4400 square kilometres and is filled with different varieties of flora and fauna.

Yes, you have to pay to enter the national park. For Indians, it is 20 INR and for foreigners, it is 100 INR per person.