Re-introduction of Cheetahs in India

A new wave in the wildlife tourism sector is all set to pave its way this August. The first batch of 5-6 cheetahs will be introduced in India from South Africa. It is the very first time that a transcontinental shift of a large carnivore will take place. Introducing Cheetahs in India is a long due planned project but got delayed due to the pandemic.

The first batch of Cheetahs will be shifted from South Africa to Kuno National Park in Madhya Pradesh on the borders of Ranthambore National Park. The species were declared extinct 70 years ago. Translocation of such a large carnivore involved multiple discussions and assurance. A team of high professionals will arrive in India on 15th June to visit the park and oversee the arrangements. The ministry has appointed ‘The Wildlife Institute of India’ to spearhead the entire project and is also coordinating with the National Tiger Conservation Authority (NTCA).

(Photo by David Groves on Unsplash)

Kuno National Park is a hidden gem of Central India. Started out as a sanctuary of about 350 sq. km, Kuno is now an established National Park in Madhya Pradesh. The topography of Madhya Pradesh has always been extraordinary. Similarly, Kuno also has unique features that make it stand out from other parks in the state. The exclusive forest of Kardhai, Khair and Salai along with the vast meadows aids in making the park enjoyable for wildlife enthusiasts. Some grasslands here are bigger than most at Kanha or Bandhavgarh Tiger Reserve.

“All the modalities for bringing the Cheetah have been completed and the agreement with South Africa is in place. Now the final clearance from the Ministry of External Affairs is awaited. One of our teams is currently in South Africa,’’ said a senior official in the Environment Ministry on Tuesday.

How did Cheetahs go extinct in India?

Hunting was considered a sign of royalty back in History. It was during the rule of Maharaja Ramanuj Pratap Singh Deo, that the last three cheetahs were hunted down (1947). In 1952, the government of India declared cheetahs extinct. Cheetahs are the only large carnivore that went extinct due to hunting and the loss of habitat in India. Reintroducing Cheetahs in the country has been planned for a long time. Though the plan has been afoot for decades, the most recent proposal was floated in 2009. In 2020, the proposal got a green flag from the Supreme court. 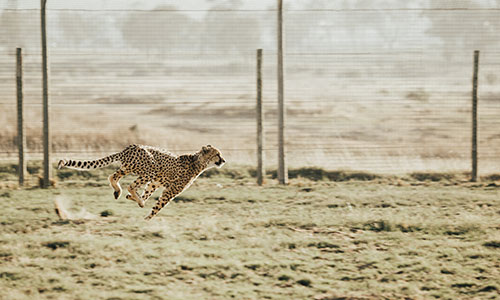 (Photo by David Groves on Unsplash)

As per the WII(Wildlife Institute of India) experts the coming decades, 35-40 Cheetahs are likely to be translocated to sites across the country, once the first batch of African Cheetahs is able to acclimatise to Indian conditions.