All you need to know about Cheetah reintroduction in India

African cheetahs in India are being introduced on 17th September 2022 at Kuno National Park in Madhya Pradesh, with initially 8 African Cheetahs and then followed up by remaining south African Cheetahs. 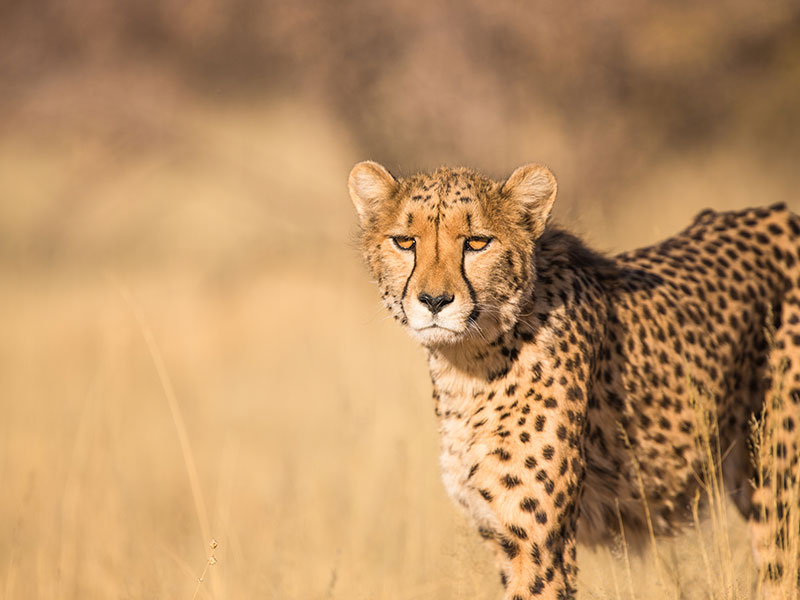 (Photo by jean wimmerlin on Unsplash)

The nation has been eagerly waiting for the historic Cheetah reintroduction in India since the Central government initiated the transfer rumours throughout the year. On the auspicious eve of Shri. Narendra Modi’s birthday, Cheetahs were brought to the Kuno National Park, Madhya Pradesh in a secure line of special transfer from African land.

Cheetahs in India went declared extinct in 1952, because they were hunted into extinction during and after the Mughal Period, Rajput, and Maratha kings and later by the British Raj, until the early 20th century when only several thousand remained. Extensive hunting and habitat loss were the main reason for their extinction.

Northwest African Cheetah has been a major card for Indian wildlife to improve upon the biosphere of Big 7 Indian Cats across the grasslands and natural habitats of the country.

History of Cheetah Population in India

Asiatic Cheetahs were very popular in the 20th century across Europe and Asian continents and Jungles. According to the sources, Asiatic Cheetahs were primary pets of Royal kings and were incessantly used for hunting gazelle and blackbucks. The great Mughal emperor Akbar had around 1000+ Cheetahs. Large numbers of Indian cheetahs, who had already learned hunting skills from wild mothers, for assisting in royal hunts is said to be another major cause of the species' rapid decline in India as they never bred in captivity with only one record of a litter ever. 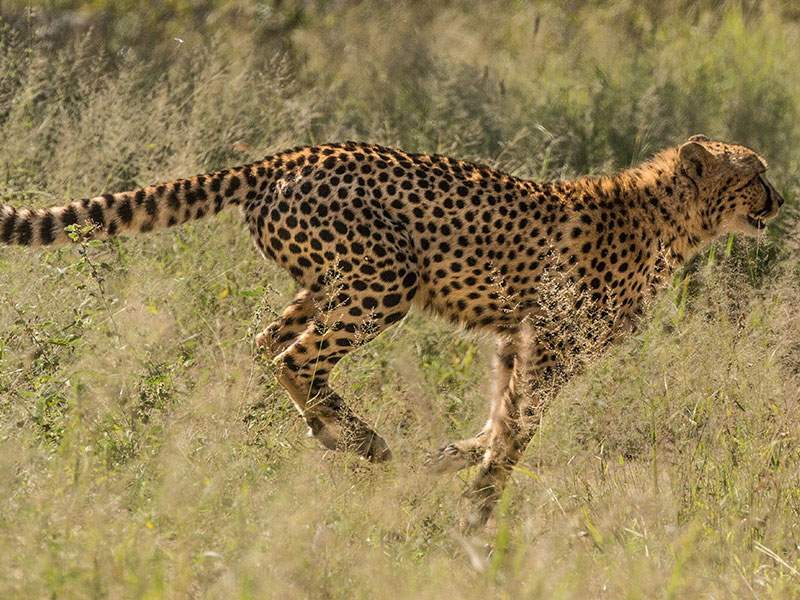 (Photo by Charl Durand on Unsplash)

Extinction of Last Cheetah in India

The extinction of Asiatic Cheetahs is traced back to the early 20th century where Indian reserves were not very thoughtful when creating habitat loss for these oversized cats. The last species of Indian Cheetahs were seen in Madhya Pradesh but were hunted down by the Maharaja Ramanuj Pratap Singh Deo of Surguja state in 1948, but a female Cheetah was spotted in the Koriya district of Chhattisgarh.

The Preys were abundant during the significant population of Asiatic Cheetahs back in the 19th and early 20th Centuries. The staple prey for Cheetahs was gazelle, blackbuck, chital, and Nilgai. When the last Cheetah in India died of unnatural causes, the species was considered extinct.

"The grasslands faded and diminished under the hooves of a thousand cattle, they were tilled and ploughed until only a few scattered remnants were preserved in the form of wildlife sanctuaries"

Early Efforts made by the Indian Government

The efforts to reintroduction of Cheetahs have been in the loop for over 70 years now and since then it has been a topic of extensive debate in the government and the Indian Wildlife organization. The efforts of sourcing Cheetahs from Iran and Africa were among the early efforts in the 1980s when the Department of Environment formally wrote to the Iranian government to request Asiatic cheetahs in use for reintroduction and received a positive response.

It is believed that the Iranian government wanted an Asiatic lion in exchange for a cheetah and that the Indian government was not willing to export any of its lions. The plan to source cheetahs from Iran was eventually dropped in 2010.

The efforts for bringing back Asiatic Cheetahs in India became so significant that the Centre for cellular and molecular Biology, Hyderabad proposed a way of bringing back Cheetahs through cloning of DNA, which was to be obtained from Iran. The officials requested the Iranian government to collect some live cells of the Asiatic Cheetah pair which then will be converted into the line of Cheetahs. 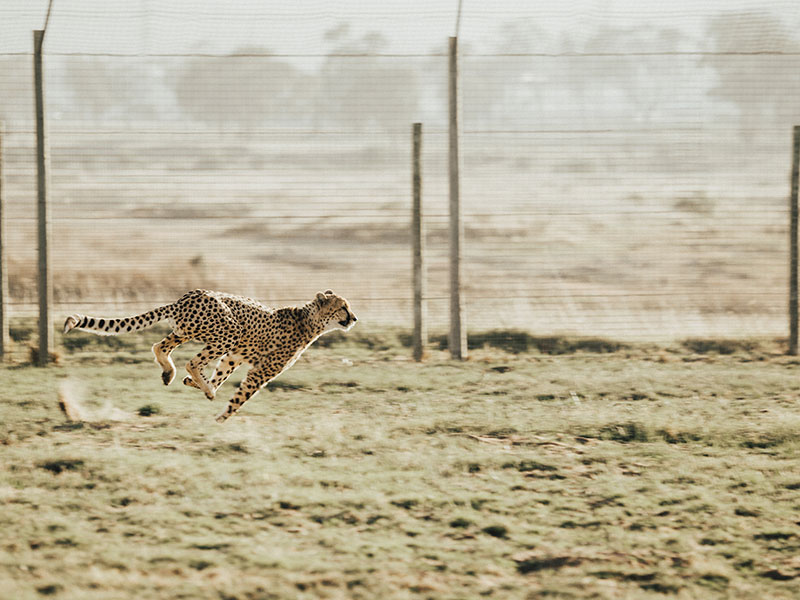 (Photo by Cara Fuller on Unsplash)

The action plan of reintroduction was made in 2009, when Central Environment Minister Jairam Ramesh, the Ministry of environment and forests, Wildlife Trust of India, and an NGO from Delhi organized a meeting in Gajner, Rajasthan. The meeting instated the possible reintroduction sites where Cheetahs would be kept safe and in their natural habitat. In January 2022 environment minister Bhupendra Yadav launched this action plan by confirming Kuno National Park as the home to African Cheetahs.

The reason for introducing an African Cheetah to the Indian subcontinent was to rehabilitate the Indian wildlife with complete assurance of compounding and safe reproduction of the Cheetah family. Currently, India is the only country in the world where the big 5 cat species are co-habilitated for many years. This was also the reason to choose Kuno National Park because it is where Royal Bengal Tiger and Leopards have been living together.

Laurie Marker of the Cheetah Conservation Fund, Stephen J. O'Brien, and other cheetah experts argued for the introduction of the Southeast African cheetah as the Asiatic cheetah survives only in Iran, its population numbers less than 100 individuals, and the Iranian government's repeated reluctance to supply said cheetahs for Indian efforts. (Source: Wikipedia)

Concerns regarding the Survival of South African Cheetah

The concerns for reintroducing African Cheetah in India were that both species were genetically different but more identical, as proposed by Stephen O’ Brian in the workshop conducted in 2008. He further added that African and Asiatic Cheetahs were separated by only 5000 years, and it is not enough time to generate tropical habitat genes and that there are more than enough chances for African Cheetahs to survive.

Subsequently, in 2011, a much more detailed five-year genetic study involving the gathering of DNA samples from the wild, zoos, and museums in eight countries was published in Molecular Ecology (Journal) on 8 January 2011. This newer study concluded that African and Asiatic cheetahs were genetically distinct and separated 32,000 to 67,000 years ago. Subspecies level differentiation had taken place due to longer separation from the African population. (Source: Wikipedia)