Best places to visit in India in August 2022

Which is the best tourist spot to visit in August in India?

Other than popular destinations of India to visit in August 2022 we have also added the list of the cities that offers magnificent views just like the unbelievable scenic beauty of European countries. 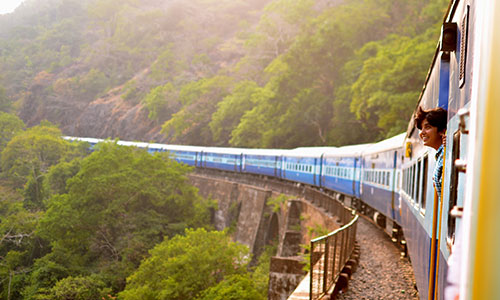 (Photo by JK on Unsplash)

India is a land of a great many civilizations that have lived through the epoch of changing nature and shifting environments. Today, we have diverse lands of mountains, waterfalls, rivers, lakes, and forests, that demarcates India as the exotic and one of the most beautiful countries in the world. Every year the hoard of tourism flushes the popular tourist destinations of India including foreign nationals and domestic travellers, which is surprisingly increasing every year.

Today, tourism in India is thriving but it is mismatched most of the time, such as, many of the people in India do not possess the knowledge of month-oriented destinations, therefore, they end up in the wrong place in the right season or right place but in the wrong season. Hence, we have decided to inform all the readers of season-specific places to consider for a holiday in the month of August 2022.

August is the second month of monsoon and receives heavy rainfall in maximum parts of the country. Monsoon is the season of blooming, romance, mist, carefree attitude, Pakoras, and of course Chai. Monsoon in India is an emotion that every Indian feels and creates a web of connection with the people around them, which propels maximum Indians to plan an intoxicating vacation to the places which could be best to amplify their experience of Monsoon.

Which part of India is Best to Visit in August?

Indian sub-continent constitutes arid and tropical regions as we move from north to south or from west to east. Hence, the geographical interference of India is distorted and fascinating at the same time. For example, Cherrapunji receives the heaviest rainfall in India over the entire year, but all the nearby places do not even receive half of the rainfall as Cherrapunji.

The season of monsoon awakens the life in nature, after the harsh summer. It livens the dead waterfalls, green forests, dried-up lakes, clean beaches, or humungous water bodies and dams. This beautiful change of natural beauty can only be found in the south Indian region, ranging from southern Maharasthra to Kanyakumari.

South India tourist destinations live up to their reputation when it comes to monsoon because there is nothing like watching endless green plantations, hills, clouds coming on the ground, tall waterfalls, hikes into the heavenly mountains, canyons of Annamalai, and capturing the highest peaks of Nilgiri mountain ranges. Apart from these, south India is rich in culture and high in food. People visit the best places to travel in south India all the time, but they deflect from trying even a few of their exotic food, drinks, and cultural sweets.

The hotels and resorts in all the hill stations in the south have a unique infrastructure in terms of luxury and leisure. They believe in the simplicity of life with the harmony of nature, and their homes are the literal reflection of their ideology. Even their food reflects the analogy of giving back to nature whatever we are taking from it.

Apart from the scenic beauty, food, and culture, south India holds an astounding number of some of the most ancient temples in the world, which portrays the marvel of architecture, sculpting, and astounding civilizations that lived in the time. One such example is Meenakshi Amman Temple in Madurai, Tamil Nadu. This Meenakshi temple was nominated to include in the seven wonders of the world which is not surprising because of the following facts:

If these facts do not stimulate you to visit the south, then what will? Other unbelievable facts describe south India as one of the heavenly places to visit during August.

Which is the best place to visit in August?

As stated earlier that India holds fascinating weather and terrain geography, therefore, there are a lot of best holiday destinations to visit during the month of August. Other than south India destinations we have enlisted some of the north Indian destinations and some from other parts of India, which are best at their place during the monsoon, so if you are not feeling like vacationing far away from your home then, some of these places might intrigue you to plan that over-pending trip.

This small and cute little place in Uttarakhand is the perfect destination for people travelling or living in nearby states. Auli hill station Uttarakhand is a ski resort and a small town that is covered by oak and coniferous forest trees. The monsoon amplifies the natural beauty factor to the power 100. You can also visit the most important temple of Hindu pilgrimage, Badrinath Temple which is just a ropeway away. 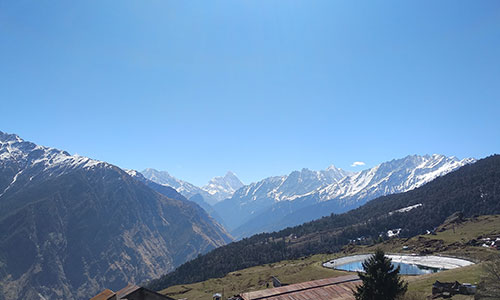 (Photo by Swarnarekha Pandey on Unsplash)

Valley of flowers is a national park and a UNESCO site which is located in the Chamoli region of Uttarakhand. The major attraction of this site is the enormous valley of rare found flowers and plant species fluttered across the valley with bewildered slope hills. You can be a part of the trek experience at Valley of Flowers, which goes through the dense forests, running along the Pushpawati river, and crossing many bridges glancing at the scenic route of waterfalls and glaciers. 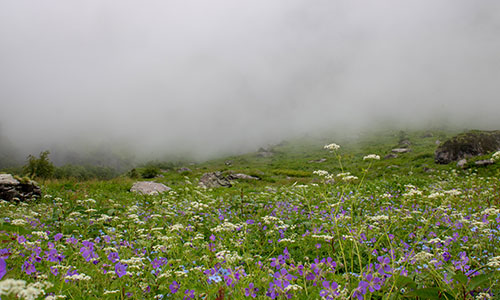 (Photo by Lay Naik on Unsplash)

The Zanskar valley is said to be the hidden gem of Ladakh located in the district of Kargil, which lies in the union territory of Ladakh. The road to Zanskar valley remains open for 6 months, that is from May to October. Zanskar is home to age-old Buddhist Monasteries, pristine water bodies, and snow-capped mountains. The region is only 105 km away from the city of Leh and lies in the semi-arid region of Ladakh and the northern flank of the Himalayas. During the monsoon, you can opt for many sports activities in the region, such as river rafting, paragliding, trekking, and hot-air balloon. 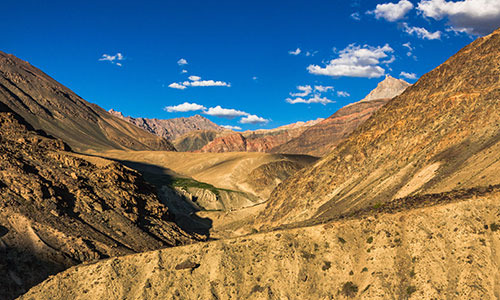 (Photo by Balaji Srinivasan on Unsplash)

After covering the 3 best places to travel in August, we shall climb down to the western region of India, which is Rajasthan. Surprisingly, there are some places to visit in August during the monsoon which is as good as south Indian regions. The very first place is Mount Abu, the only hill station of Rajasthan and also the highest peak of the Aravali range which is also known as Guru Shikhar.

Mount Abu is in the Sirohi district of Rajasthan and is always heavily filled with tourists from nearby states, especially Gujarat and Madhya Pradesh. Monsoon makes this place a heavenly place to visit as you can witness the tall waterfalls and endless crossing mountain ranges. The road to Mount Abu is a blissful ride and is known to be a wildlife sanctuary for leopards, bears, and Deer. The famous attraction is Nakki lake, which is situated right in the middle of the city and is covered entirely by the hills. Other than this, there are some age-old Jain Temple, and Delwara Temple, which incorporates the centuries-old Rajasthani school of Painting. 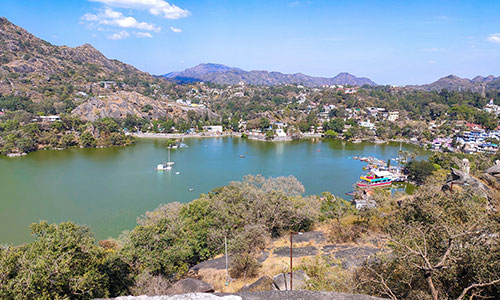 (Photo by Balaji Srinivasan on Unsplash)

The most visited city in Rajasthan and the 10th most beautiful city in the World, hence, it is called Venice of the East, Kashmir of Rajasthan, and city of Lakes. Udaipur is also rich in culture, history and traditions followed since the beginning of time, which is now the mighty kingdom of Mewar. The city of Lakes, Udaipur is beautiful in every other way and enters the god mode during the monsoon month.

The evening at Pichola Lake on the Ambrai Ghat overlooking the city palace is everyone’s dream. Walking through the buzzing streets of Udaipur, witnessing the centuries-old beautiful and colourful Havelis must be on your bucket list. The geographic position of Udaipur and the nearby areas are arranged in such a manner that tourists often end up visiting many places but never get satisfied. The monsoon is so great in the valleys of Udaipur that the former Maharana of Udaipur, the Royal family built a Monsoon Palace on the Aravali hills, which goes by the name of Sajjangarh Palace. The view and the canvas of nature are just mad from the galleries and verandah of the Castle’s premises. 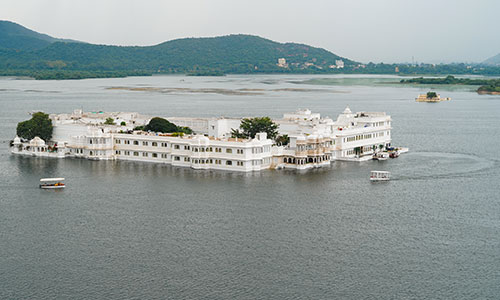 (Photo by Subhashis Das on Unsplash)

Cherrapunjee, also known as Sohra, is a high-altitude town in the northeast state of Meghalaya. It's insanely popular for its living root bridges, made from rubber trees. Geographically it is India’s wettest place as there is constantly 88% humidity in the region and also it is India’s highest rainfall receiving town. So, it is specially made for monsoon and people who love monsoon. It is called Sohra because it means “Valley of Oranges”.

Cherrapunjee is a great place for trekking and in-routes some of the best waterfalls of east India. The most popular trekking route is the one that leads to the Double Decker Living Root bridge in Nongriat village. Other activities you can do in Cherrapunjee are river canyoning from Nongthymmai to Mynteng steel rope bridge, rock climbing, and camping. 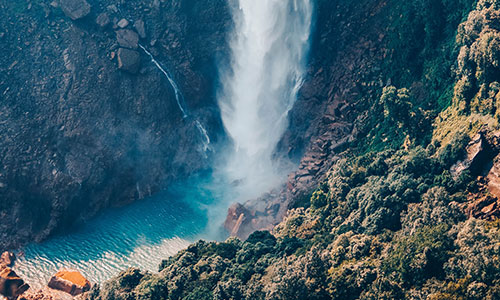 (Photo by Ranit Chakraborty on Unsplash)

A town in Kerala, which is located on the ridges of the western ghats mountain range. This town is so great during the monsoon that even Britishers knew about the place and Munnar is known to have a resort owned by the British Raj Government for the entertainment of their higher officials. The valley of Munnar overlooks the huge plantation of Tea and other spices. Munnar also has a National Park, known as Eravikulam dedicated especially to the conservation of Nilgiri Tahr, a rare species of Goat. Apart from living in a cosy resort room or a hotel, you can go for water sports in the extraordinary town. This place is home to the famous lakkam Waterfalls which are a boon to watch in any life. The Trails and Treks at Munnar take you through the scenic routes overlooking the mighty western ghats with their peaks covered in heavy clouds. Another fabulous attraction in Munnar is Anamudi Peak, which is located inside the Eravikulam National Park and is the highest point in south India. Near Munnar Town lie Chinnakanal and its waterfalls, popularly known as the Powerhouse Waterfalls, which cascade down a steep rock 2000 m above sea level. There is a Tea Museum house that accommodates artefacts, photographs, and machinery; all of which have a story to tell about the origins and growth of tea plantations in Munnar. 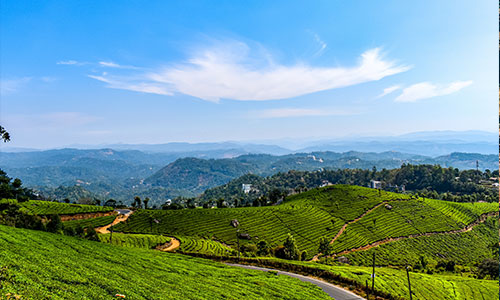 (Photo by gaurav kumar on Unsplash)